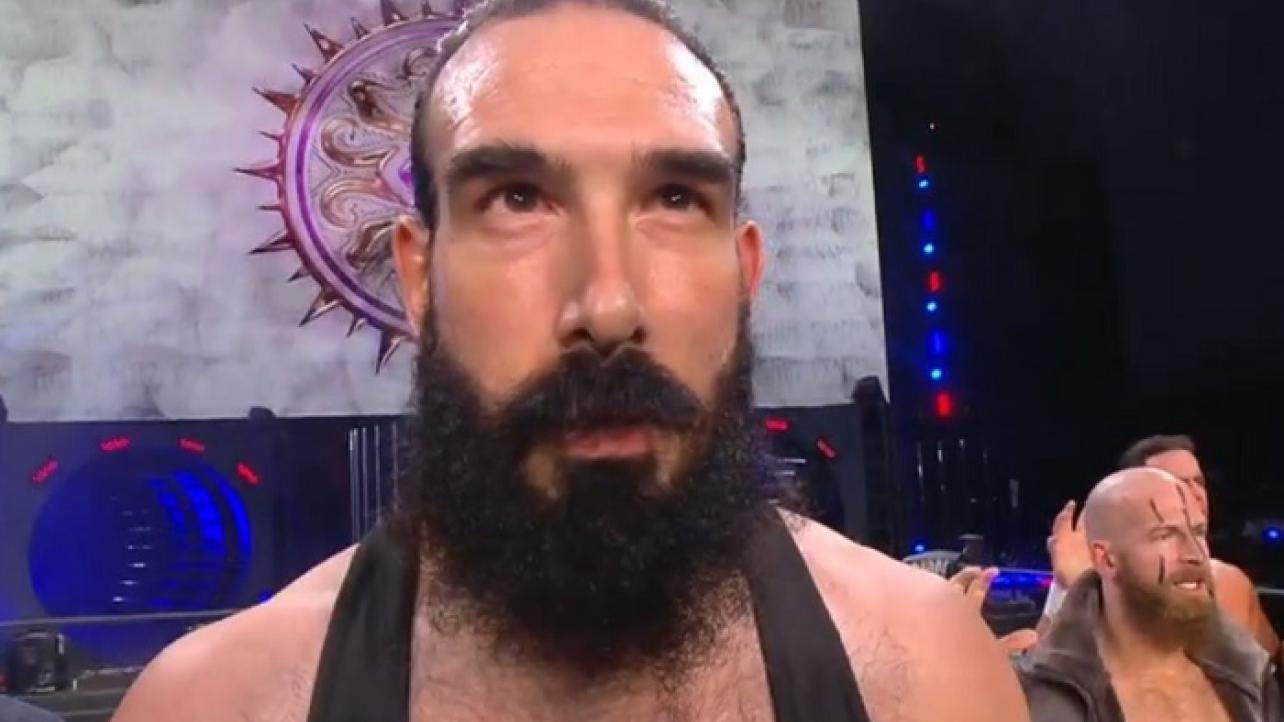 As promised, All Elite Wrestling delivered on their advertised vow to unveil “The Exalted One” of The Dark Order on AEW Dynamite this week — and it was NOT Matt Hardy.

At the first “Empty Arena” edition of AEW Dynamite at Daily’s Place in Jacksonville, Florida this week, former WWE Superstar Luke Harper made his AEW debut as Brodie Lee, The Dark Order’s “Exalted One.”

Featured below is a recap of the segment from the eWrestling AEW Dynamite Results From Empty Arena Show At Daily’s Place In Jacksonville, FL. (3/18/2020).

Also below are some tweets of photos and video clips of the AEW debut of Luke Harper as Brodie Lee, The Dark Order’s “Exalted One.”

We return from the commercial and The Dark Order’s theme hits and out comes Evil Uno and Stu Grayson.

As he repeats “The Exalted One is here” over and over, we hear from the audience Christopher Daniels off-microphone yelling “Stop! Stop! Stop!”

Daniels gets in the ring and gets on mic saying they have done nothing but waste everybody’s time. Daniels, like the announcers did during the ring entrance of Evil Uno and Stu Grayson, said there isn’t an Exalted One.

As Daniels continues ranting about there being no Exalted One, he is interrupted by a wild, choppy video accompanied by a voice narrating.

We do what we want, when we want and if I want something I take it. Now let me put it a different way in case your stupid and you didn’t get it.

Luke Harper is finally shown and he continues to talk, addressing the dumb old guy Daniels, claiming another dumb old guy didn’t believe in him. He says he is Brodie Lee and he is The Exalted One.

We enter the arena again where the lights come up and now Brodie Lee is somehow standing right behind Daniels and the rest of SoCal Uncensored (SCU). He and The Dark Order attack SCU and stand tall.

HE’S HERE… THE EXALTED ONE IS HERE!! #JOINDARKORDER #AEWDynamite on @tntdrama pic.twitter.com/EIPoMzvM5e