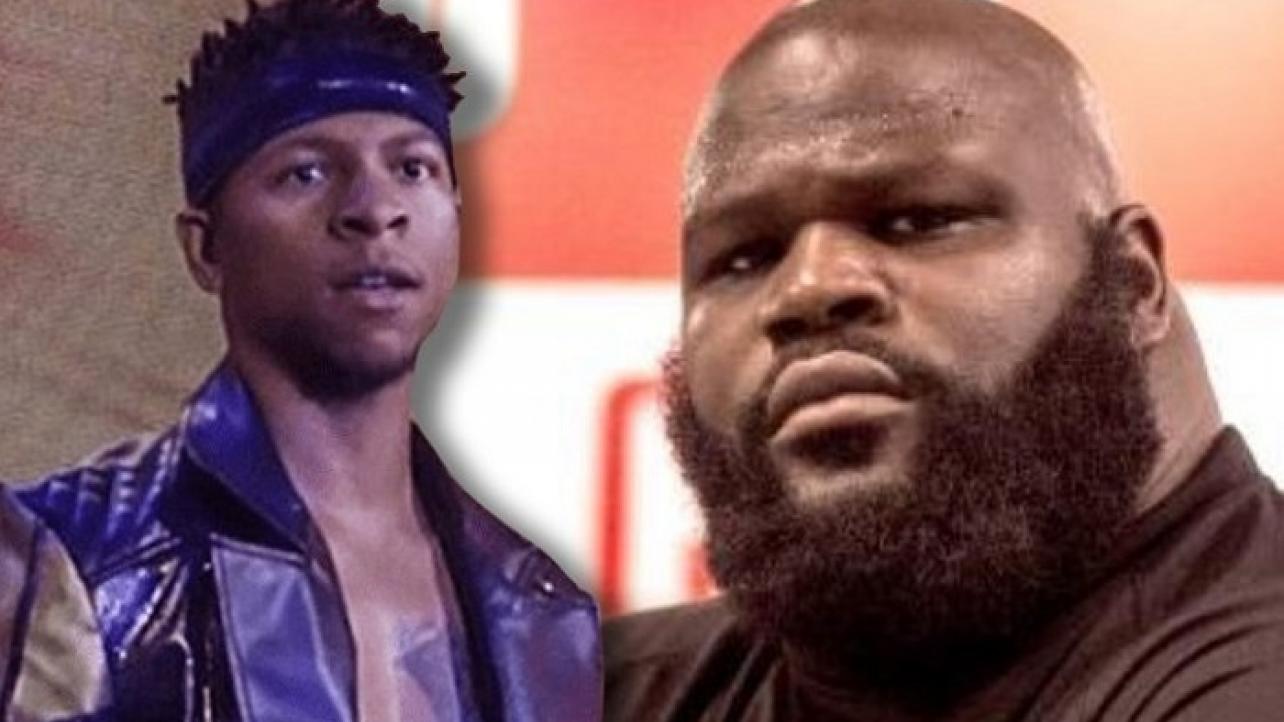 WWE Hall Of Fame legend Mark Henry revealed that he considered taking legal action against a former fellow WWE Superstar, as “The World’s Strongest Man” spoke about possibly filing a lawsuit against Lio Rush while talking with TMZ Sports for a new interview.

Henry spoke about his ongoing beef with former WWE superstar Lio Rush, who called out Henry for comments he made over a year ago regarding Rush’s decisions in WWE, during the discussion, making headlines in the sports entertainment world in the process.

The two would agree to hash things out on Henry’s Busted Open Radio show, but they were never able to link up.

Rush would later claim that Henry’s criticisms was holding African American talent back.

“The reason he came out with it now is because he knew I get a lot of attention and I have a lot of followers,” Henry said. “He released an album — or a song, or something — and he wanted to use that to get some attention, get some buzz. Not mad at him, if he would have called me I would have done it anyways, we just would have worked it. But now, he said something slanderous, and you can’t question my blackness.”

He continued, “Nobody can pull my black card, no. Not allowed. Nobody. If you go down to the [WWE] Performance Center in NXT, probably 25, I think, people of color in the facility. Probably about 80-plus percent, I helped get them there. I mean, it’s completely the opposite.”

Henry even considered legal action for slander, but decided against it.

“For him to go there was absolutely was the worst possible thing he could have done. It’s one of those things if I take legal action for slander, then I will, but I’m not sure yet,” he said. “He needs to apologize and own up to the fact that ‘I made a mistake, I embellished a little bit — a lot — and I was trying to get some buzz and I shouldn’t have done that.”

Henry added, “That’s what he’s going to have to do. … He said that I’m a part of the problem. I’m one of those black people that try to keep other black people from making it. It’s just hurtful.”

Check out the complete Mark Henry interview with TMZ Sports below. Also below is a back-and-forth Twitter exchange between Lio Rush and Henry.

Hey @TheMarkHenry , this needs to be addressed. Because you out here STILL lying on my name to this day. pic.twitter.com/J9qfNT1412

Don’t even know why I’m entertaining this. Keep my name in your mouth if you please. You literally have nothing better to do then to continue to talk on a situation that happened over a year ago about a 25 year old who just lost his damn job.

Sorry guys, but I’ve been holding my breathe for way too long. People like this need to get called out. It’s sickening, it’s disappointing and extremely discouraging. I love my fans and i pray that one day in the future the state of this kind of matter progresses.

And this is why African American talent on the biggest platform will continue to not have equal opportunity because people like you constantly tear your own people down. A damn shame honestly.