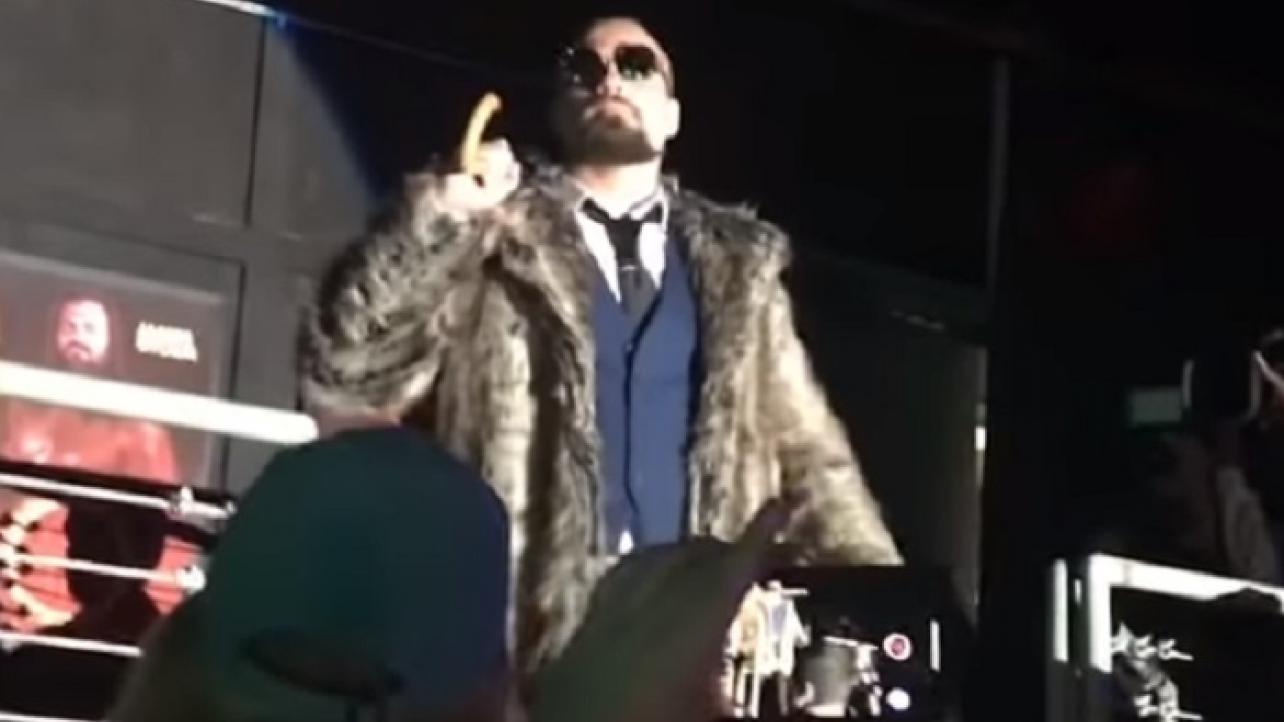 At the NWA Into The Fire pay-per-view in Atlanta, Georgia on Saturday night, Marty Scurll made a surprise appearance confronting NWA World’s Heavyweight Champion Nick Aldis in the ring after his successful two-out-of-three falls title defense over James Storm in the PPV main event (Watch Video Here).

Aldis defeated Storm via two-to-one falls in their two-out-of-three falls match for the NWA World’s Heavyweight Championship in the main event of the NWA Into The Fire 2019 PPV, and afterwards, while bragging about no one being able to beat him, the lights in the GPB Studios venue in Atlanta went out.

When the lights came back on, Scurll — umbrella-and-all — appeared in the crowd. He made his way through the fans and down to the ringside area, before entering the squared circle and going face-to-face with the NWA Champion.

After the show went off the air, the video feed returned briefly showing Scurll joining David Marquez for what is likely a promo segment that was taped for the post-NWA Into The Fire edition of NWA Powerrr that will premiere on the official NWA YouTube channel later this week.

Check out a *spoiler* photo of the taping of the Marty Scurll promo for the post-NWA Into The Fire edition of NWA Powerrr via the tweet embedded below.

NWA will be taping their post-PPV episodes of NWA Powerrr at GPB Studios in Atlanta on Sunday and Monday evening. If anyone is attending the NWA Powerrr taping on 12/15 and/or 12/16, we are looking for reports to be published here at eWrestling. Send in your spoiler reports via Twitter @MattBoone1984.

For those who missed Saturday night’s NWA PPV, check out our detailed match-by-match report here at eWrestling via the following link: