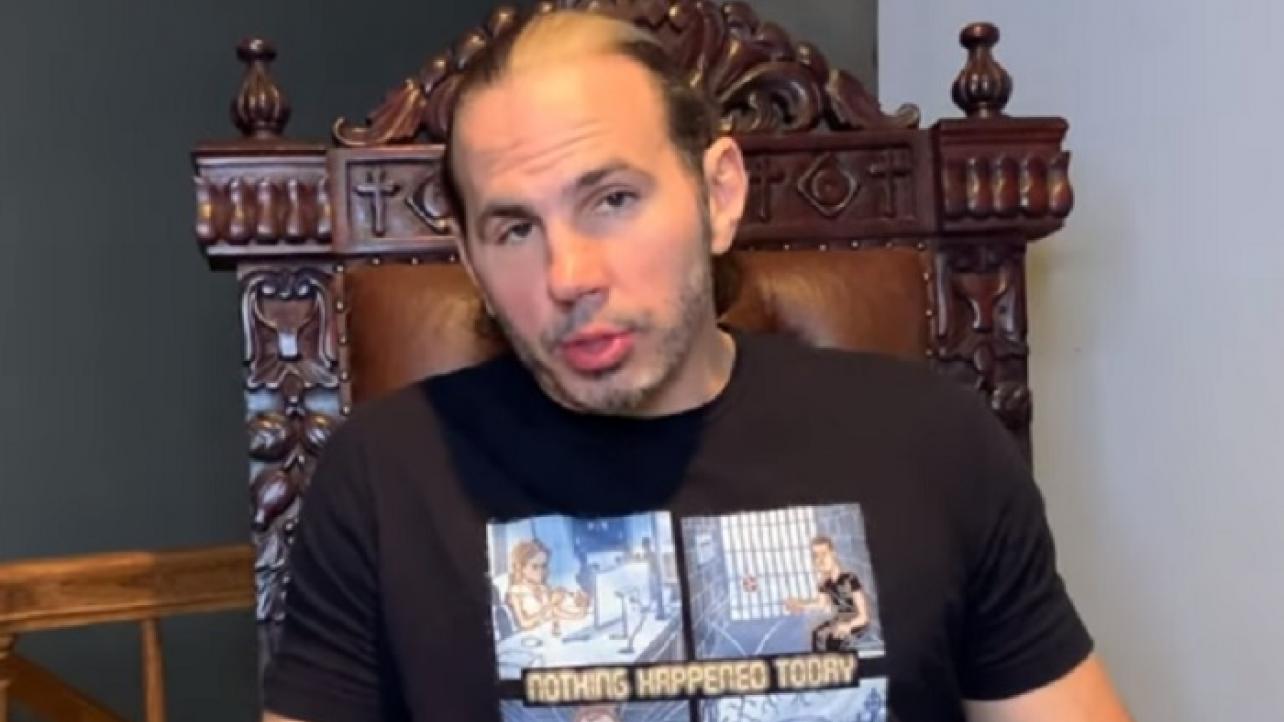 It’s official — Matt Hardy is now a free agent, and he is making it clear that he is considering all potential options, including AEW, IMPACT Wrestling and WWE NXT.

In the latest episode of “Thoughts From The Throne”, Hardy updated everyone on his contract status with WWE.

The video was posted just after midnight on March 2, with Hardy revealing that his WWE contract has expired as of midnight March 1, and that he has decided not to re-sign — meaning he is now officially a free agent.

Hardy was quick to point out that this doesn’t mean he won’t ever return to WWE and that he didn’t want to leave WWE as that is his home. He went onto praise Vince McMahon for giving him the life that he has been able to lead and also praised Stephanie McMahon and Triple H.

Hardy elaborated that his “creative stance” and “creative outlook” were different from WWE – they are on different pages – and he feels that the last 3 or 4 years he has as an in-ring competitor, he wants to be used in a certain way and he believes he still has a lot left to offer the business.

Hardy said that being a free agent, he is going to step away but believes that he will be back in WWE one day but for now, he’s going to weigh his option and see what else is out there and find the perfect environment for him to maximize these next few years.

Matt has recently been teasing going everywhere including NXT, AEW and IMPACT Wrestling.

He didn’t let up in this most recent video, saying he’s going to be watching “everything” starting today with “Being The Elite”, then WWE Raw, AEW Dark, NWA, Impact and WWE Backstage. He also mentioned watching NXT and AEW Dynamite on Wednesday, Smackdown on Friday, before catching up on Ring of Honor, MLW and New Japan.

Ultimately, he wants to see what will be the best for Matt Hardy.

Only time will tell.

Check out the latest installment of Matt Hardy’s “Thoughts From The Throne” web series below.

.#ICYMI: #MattHardy checks in w/ #NEWLOOK on #ThoughtsFromTheThrone #Digital #episode — CONFIRMS he is free agent after opting NOT to sign #WWE contract when it expired at Midnight last night & expresses interest in going to #AEW, #IMPACT & #NXT~!