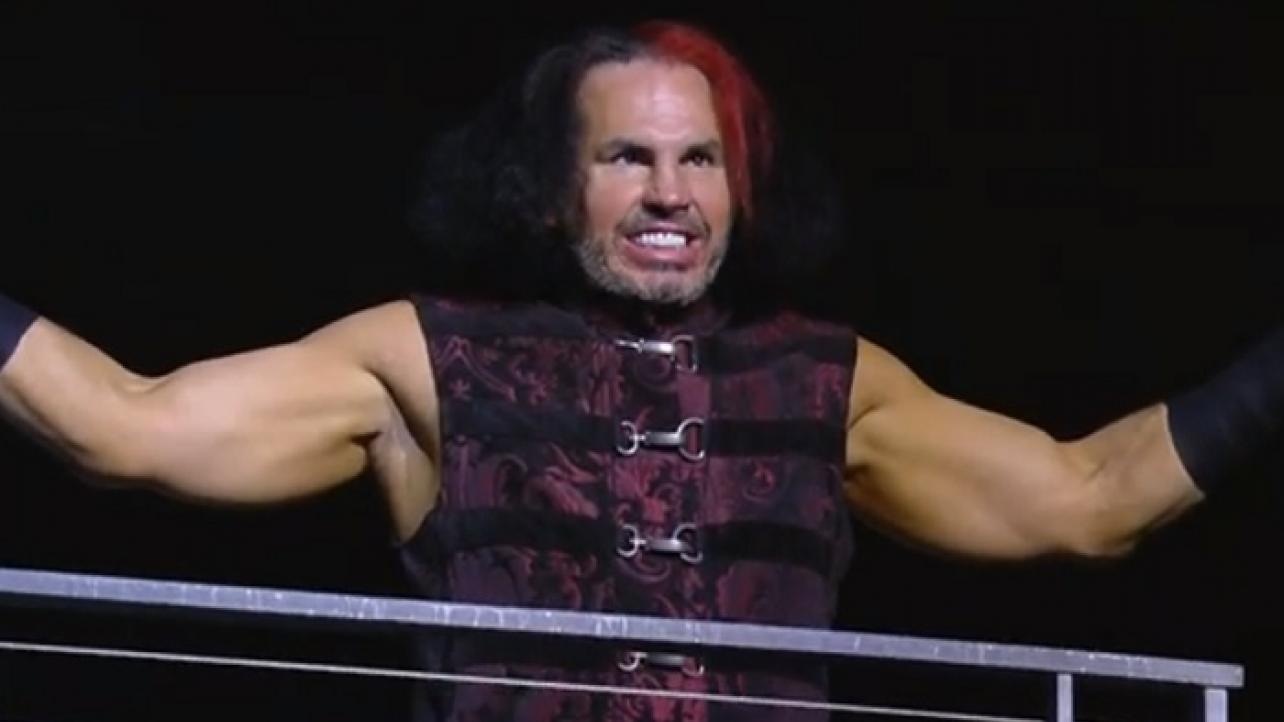 Well, he wasn’t the “Exalted One” of The Dark Order, but Matt Hardy did indeed make his All Elite Wrestling debut on this week’s empty arena edition of AEW Dynamite at Daily’s Place in Jacksonville, FL.

Featured below is a recap of the post-match angle from this week’s AEW Dynamite main event between The Inner Circle and The Elite, a match to determine who gains the two-on-one advantage early in next week’s AEW Blood & Guts match between the two teams, which The Inner Circle ended up winning.

Once the match is over, The Inner Circle cheer and celebrate at the entrance stage. Chris Jericho grabs a mic and demands the music be cut off so he can talk.

He goes on to gloat about the dominance of The Inner Circle and brags that with Nick Jackson out of the match due to his internal injuries, they will enjoy a five-on-four advantage and now they will also enjoy the advantage of gaining the first member of their team in the contest after winning tonight’s main event.

Jericho goes on to talk trash about Brandi Rhodes, who he spots at ringside, but before he can say much, he sees a drone flying its’ way towards the ring. Matt Jackson hops on the microphone and says he recently made a phone call to a friend who owes him a favor. With that said, we see Matt Hardy standing in the rafters as some cool piano music plays.

Make sure to join us here next week at eWrestling.com for the best LIVE AEW Dynamite ‘Blood & Guts’ Results coverage!