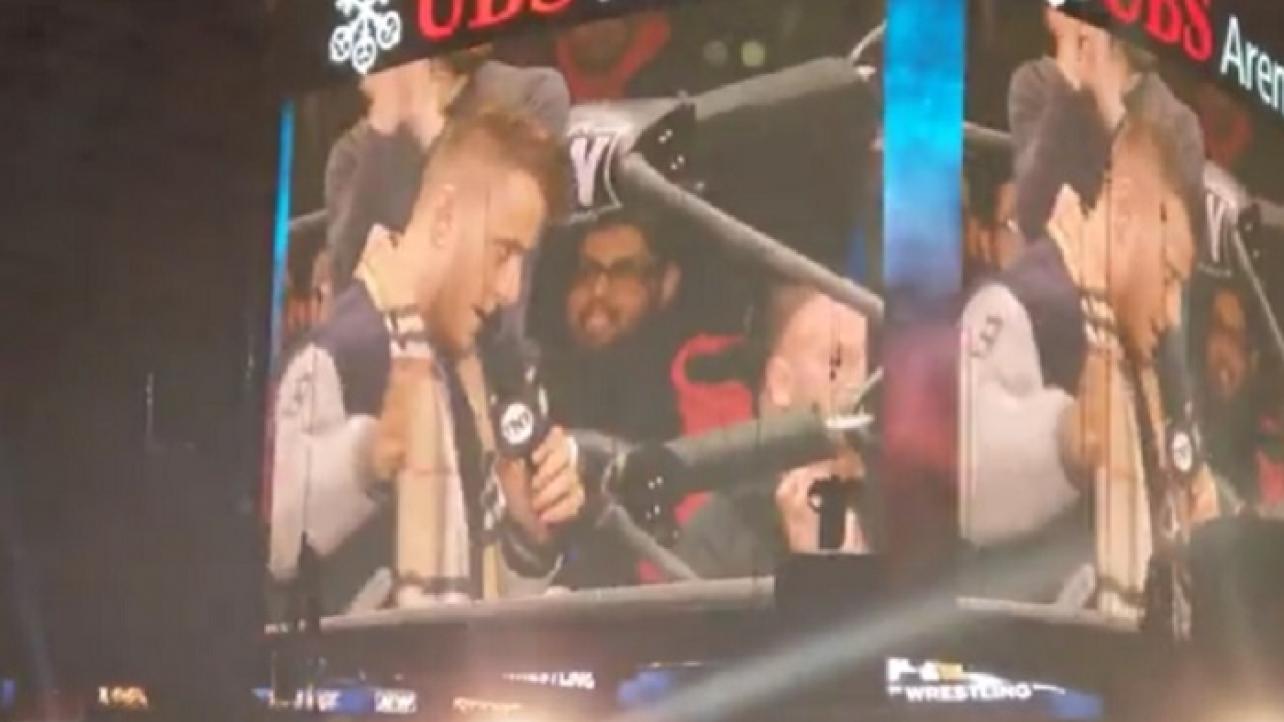 When AEW Dynamite went off the air on TNT on Wednesday evening, the fun continued inside the UBS Arena at Belmont Park in Long Island, New York.

Once the show wrapped up, AEW President Tony Khan came out in front of the crowd and thanked them for sticking around for the long taping, which included the live Dynamite on TNT broadcast, as well as tapings for this week’s AEW Rampage show and the upcoming AEW Dark: Elevation.

From there, he would go on to introduce the hometown hero, MJF. The Pinnacle leader then emerged and made his way down to the ring to the Billy Joel song, “My Life.”

MJF cut another promo that praised his hometown of Long Island, and referred to the aforementioned Khan as his best friend, noting he will have to put up a lot of money to retain his services in AEW when his contract with the promotion expires in 2024.

He would go on to take some more shots at CM Punk and the city of Chicago, before returning his focus to Long Island, which he described as “the most magical place in the world.”

Check out the post-Dynamite promo from Long Island’s favorite son, MJF, via the pair of videos embedded in the tweets seen below.