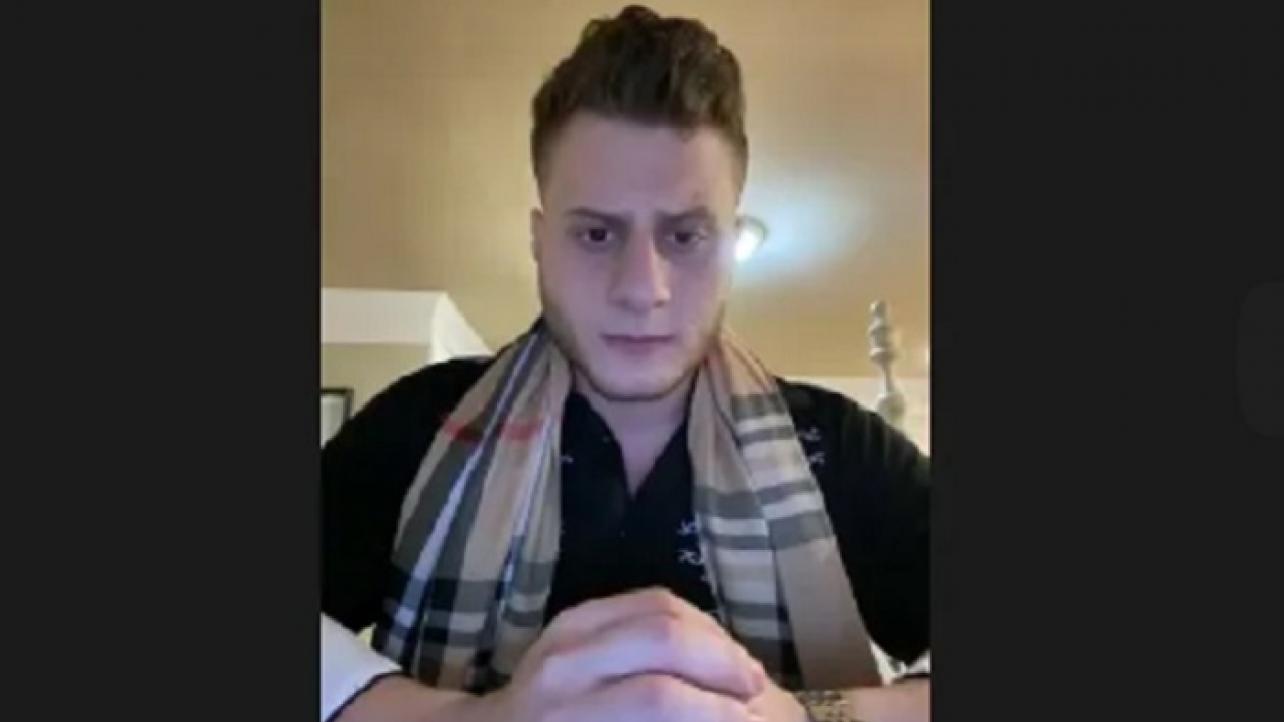 The newest addition to the Inner Circle, Maxwell Jacob Friedman, appeared as a guest on a recent installment of the Wrestling Inc. Daily podcast for an in-depth interview.

During the discussion, “The Ratings Ruler” spoke about his belief that he has been the best challenger to AEW World Champion Jon Moxley thus far into his title reign, his thoughts on their match and more.

Featured below are some of the highlights, as well as a complete video archive of the MJF interview from the Wrestling Inc. Daily podcast.

On his belief that he has been Jon Moxley’s best challenger for the AEW World Championship thus far: “I wish I could say enjoyed it, but he cheated. He cheated. He used an illegal maneuver in order to beat me because that’s the only way ‘Dictator Jon’ could beat me. Let’s face the facts, I gave him the best match of his title reign. If you don’t believe me, just watch it back. It was bar none the best Jon Moxley match he’s ever had in All Elite Wrestling, and it’s all thanks to me. It’s unfortunate that he knew he was being bested by a better man, and he had to resort to such tactics as using such a disturbingly, debilitating maneuver that was outlawed in that match-up. He cheated. That is something I would never do as an honest human being and as a good professional wrestler, but it is what it is. It’s a bittersweet thing to talk about, but yes, the cool thing is is that at the tender age of 24, I main evented a PPV for the biggest promotion in the world. So I’m really proud of that aspect. It’s unfortunate it ended the way that it ended, but I’m sure I will win the world title very soon.”

On feeling vindicated after the match he had with Moxley was over: “I didn’t learn anything. The only thing I felt though was vindication. Unfortunately, there’s a lot of ageism that goes on in my industry, and I believe that occurs because the people on the top are older. Normally, they’re in their 30s or 40s, and I feel that they don’t want to lose their spot to somebody so young because if they lose their spot to me now, I’m going to be able to be on top for the next 25 years as I’ve discussed previously. Unfortunately, for them, it’s too late. I am on top. I’m one of the top names in professional wrestling right now. I’m on the mouths and lips and tongues of everybody that is a fan of this great sport. All it gave me was vindication. I’ve been ready pretty much since I stepped foot the first time in a wrestling ring. I did not learn a thing, but Jon Moxley learned a ton.”

Check out the complete MJF interview from the Wrestling Inc. Daily podcast via the YouTube video embedded below.