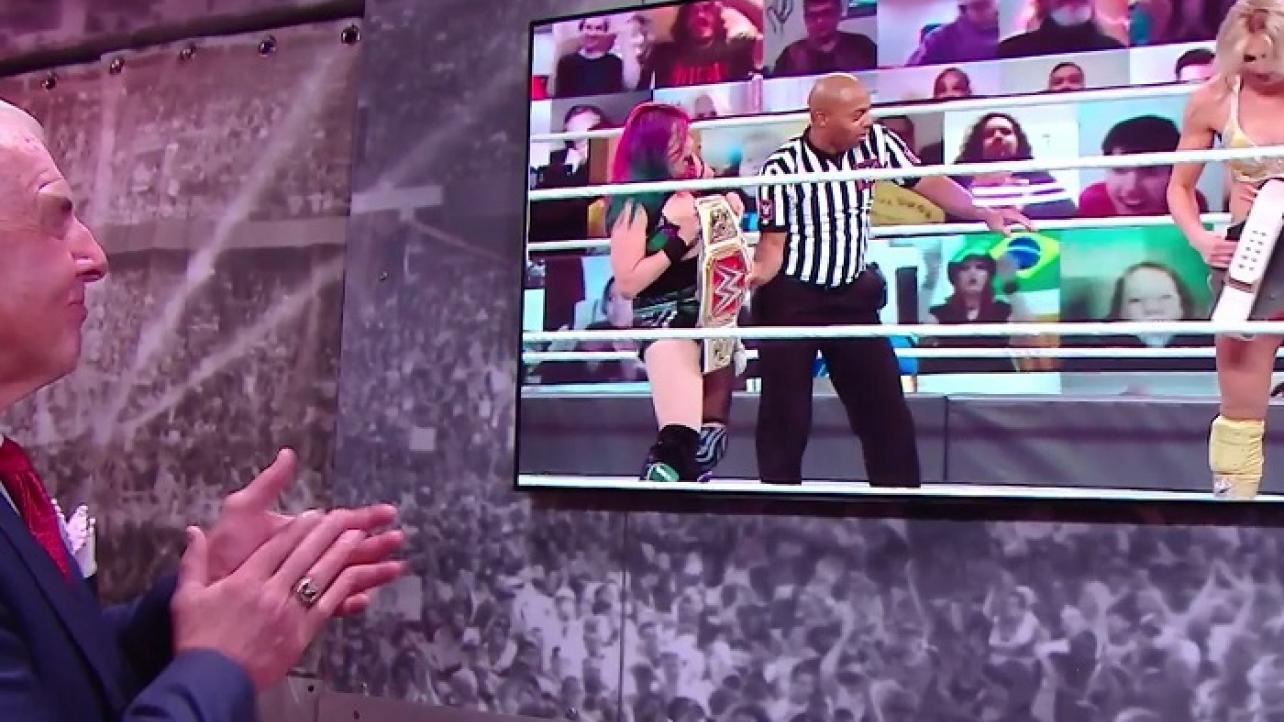 Not only did The Queen reemerge before the WWE Universe at the company’s year-end WWE TLC 2020 pay-per-view, “The Nature Boy” did as well.

Charlotte Flair not only made her long-awaited return at the TLC PPV as Asuka’s mystery partner, as “The Queen” helped “The Empress” become the new WWE Women’s Tag-Team Champions with their victory over former champions Nia Jax and Shayna Baszler at the TLC PPV on Sunday evening.

As Charlotte made her return, two-time WWE Hall of Fame legend and her father, “The Nature Boy” Ric Flair, was shown proudly watching on a monitor backstage at Tropicana Field in St. Petersburg, FL.

Check out video footage and a photo of “Naitch” backstage at the WWE TLC 2020 PPV below.