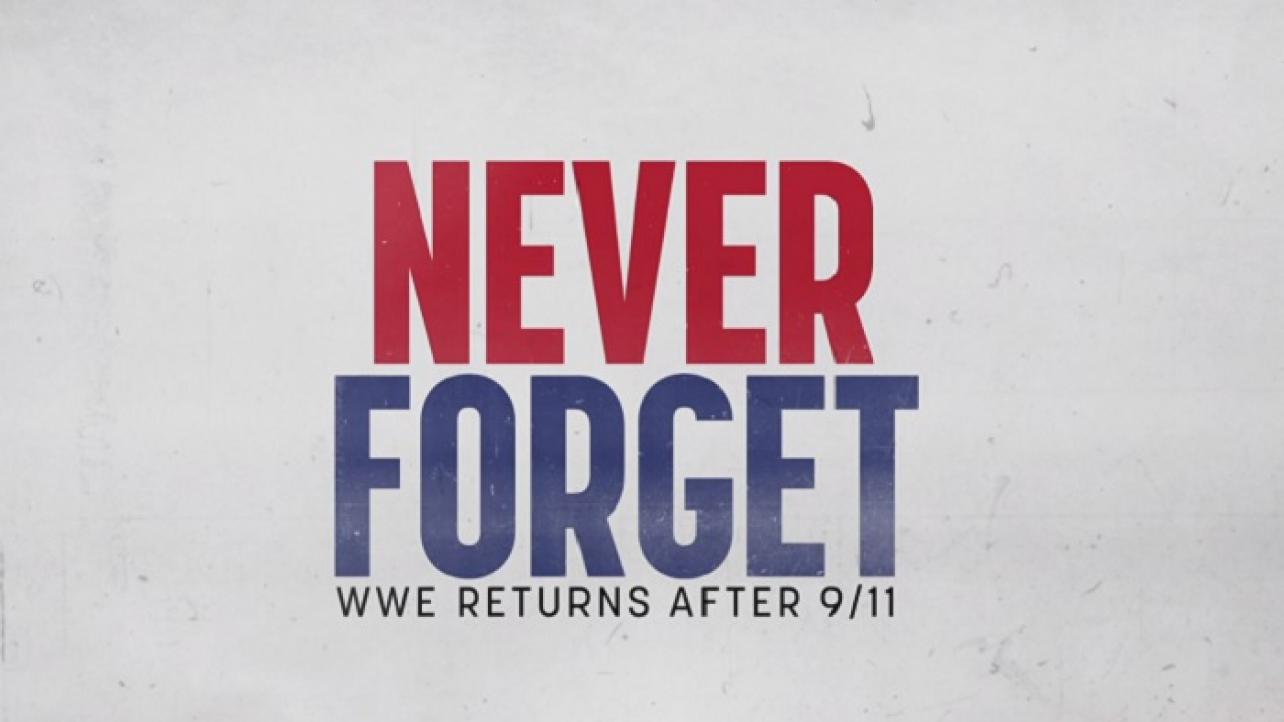 WWE Network Documentaries is back again.

On the 20th anniversary of the terrorist attacks of September 11, 2001 on the United States of America at the World Trade Center in New York, WWE has released a new special dubbed, “Never Forget: WWE Returns After 9/11.”

The complete special is available for members of the WWE Network on Peacock. Additionally, WWE has released the full documentary on their YouTube channel.

Check out Never Forget: WWE Returns After 9/11, along with some added “Extra” bonus clips, via the videos embedded below.