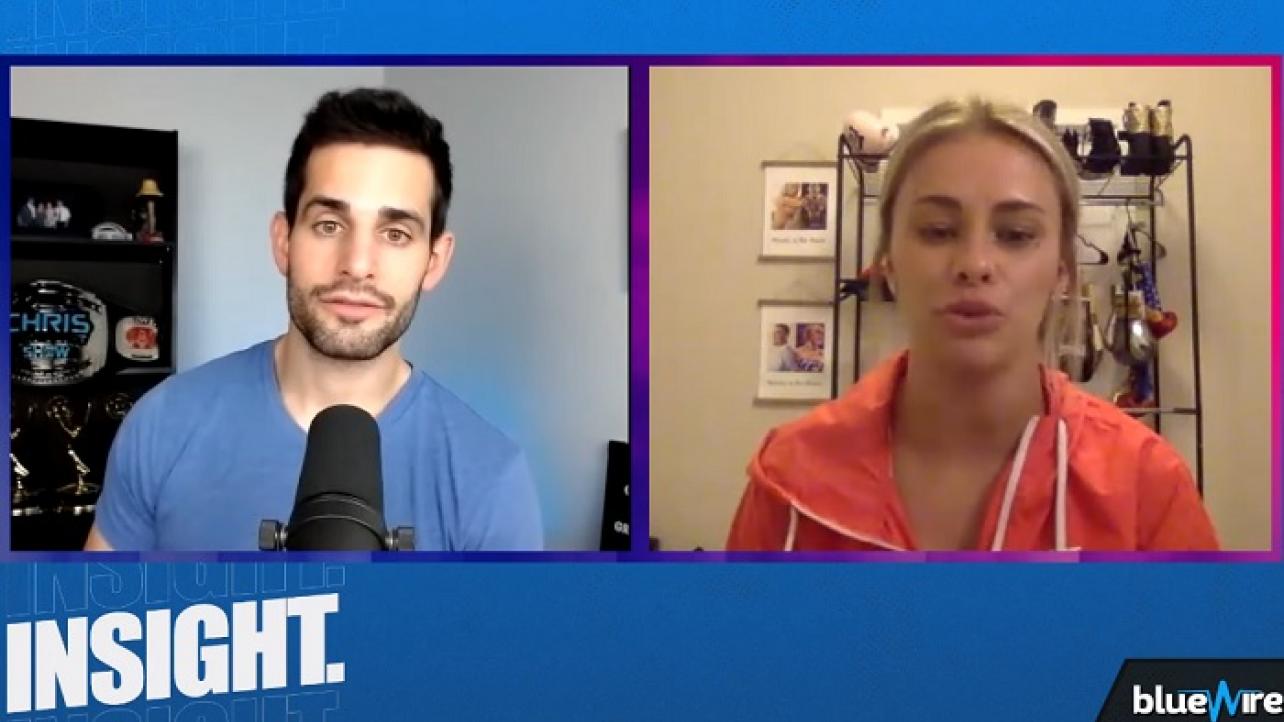 Chris Van Vliet recently interviewed former UFC star and soon-to-be Bare-knuckle Fighting star Paige VanZant and asked her about the possibility of joining WWE, something the MMA and former “Dancing With The Stars” performer seemed to indicate is a good chance of coming to fruition.

Featured below are some of the highlights, as well as a complete video archive of the new Chris Van Vliet interview with Paige VanZant.

On her talks with WWE: “Communication is actually there sometimes so we’re able to communicate and show our interest with each other and once there’s a little bit more free time in my schedule I think that’s something that I would like to really pursue.”

On whether or not she has any interest in working for WWE: “I do. I get asked about WWE a lot and I do feel like it’s something I would be very good at because I kind of have the best of both worlds; I was a dancer where I was used to the entertainment and the showmanship side of it and the combat sports side obviously goes into the WWE. You know, I don’t think that it’s something that I could do both (Bare Knuckle FC and pro wrestling) at the same time. I feel like I would want to do that 100%, so maybe it’s something that after I’m done fighting in a cage and in a ring that maybe I’ll go over to there but the door is definitely open.”

Check out more from the Paige VanZant interview where she talks about a potential move from the fighting world to the WWE Universe below.