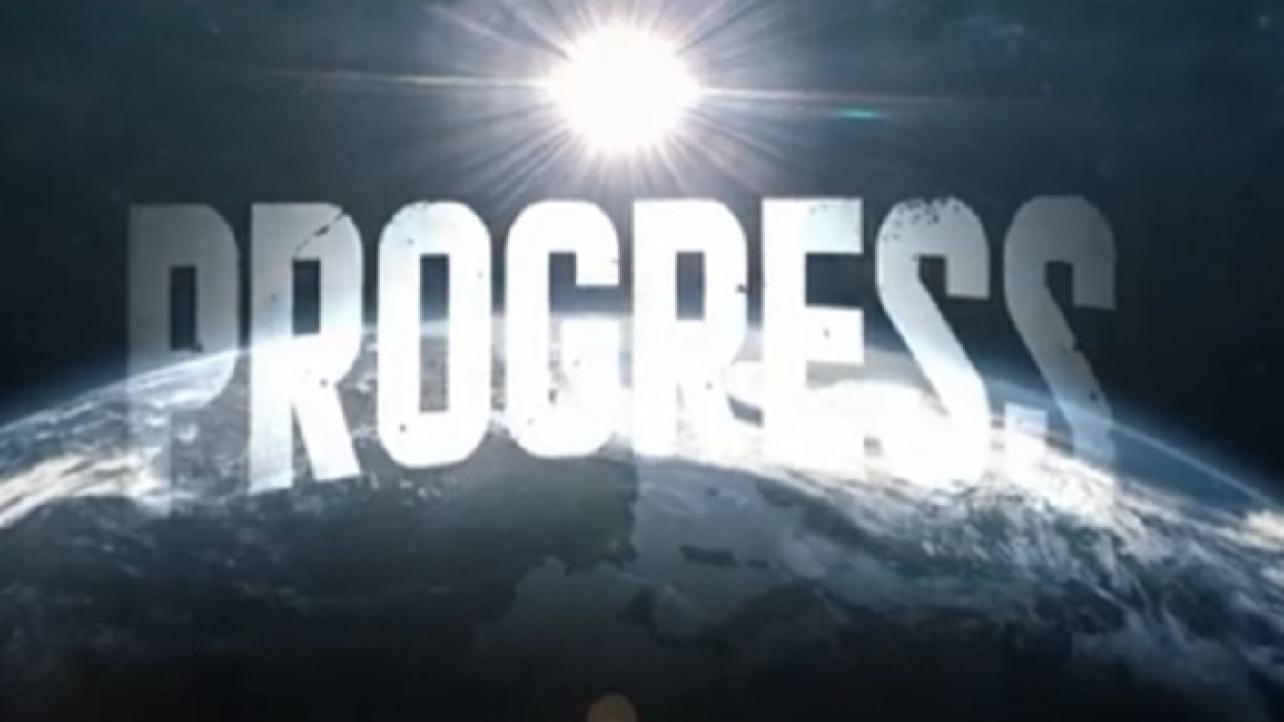 PROGRESS Wrestling has made some executive changes for the New Year.

On Friday, PROGRESS Wrestling issued a press release and a special video (see below) to announce the introduction of new ownership for the pro wrestling promotion.

PROGRESSWrestling.com released the following press release to make the announcement on Friday regarding “new ownership” for a “new mission” and “new era” leading into the “New Year.”

(London, England) PROGRESS Wrestling, the world’s leading independent professional wrestling company confirms that they will return to live shows in 2022 under brand new ownership, heralding an exciting new dawn in the history of the UK’s most exciting wrestling promotion.

PROGRESS Chapter 127: “ … and the word was PROGRESS” will take place at the spiritual home of PROGRESS, The Electric Ballroom in Camden, London on Sunday 23rd January 2022. The show will be main-evented by PROGRESS World Champion, Cara Noir defending his coveted title against Liverpool’s Chris Ridgeway in a first-to-three falls bout.

This return to live shows will come with new owners at the helm of PROGRESS Wrestling. The company has been purchased by Lee McAteer and Martyn Best, directors of English Football League Two stalwarts Tranmere Rovers FC. McAteer and Best will bring their wealth of business and sporting experience to bear to ensure PROGRESS returns strongly to live events and builds upon the success of the past.

McAteer, previously dubbed by various media outlets as “Britain’s Best Boss” by mainstream media, will be well known to wrestling fans already as the founder and former CEO of Wrestling Travel which has quickly become a fond presence among wrestling fan culture, growing enormously since being founded in 2017. He was also founder and CEO of AmeriCamp and Invasion Camp Group.

Best served as the chairman of Everton Tigers, one of the most successful professional clubs in British basketball history and has developed a wide range of other successful business interests.

As well as the 23rd January event, PROGRESS have confirmed an exciting line-up of events further into 2022. The promotion will return to Manchester on Sunday 6th February with a show featuring current Ring of Honor World Champion, Jonathan Gresham. They will then return to the Electric Ballroom on Sunday 20th February, with a line-up that is sure to wow PROGRESS fans new and old. Many further dates around the UK will be confirmed soon.

McAteer said: “We are really excited to have acquired PROGRESS Wrestling and wish to place on record our thanks to the previous ownership for having developed such a distinctive wrestling promotion. A feat that must never go unacknowledged. Besty (Martyn) and I are very excited with the opportunity that we now have as the world hopefully returns to normality to re-establish PROGRESS at the position it deserves, as the leading name in British professional wrestling and beyond.

“Our intention is to reaffirm the word professional into professional wrestling for what is literally a new chapter for not only PROGRESS, but the entire British Wrestling scene.

Best added, “I am hugely looking forward to continuing the story of PROGRESS Wrestling with Lee. We have been directors of Tranmere Rovers for a number of years and our collective experience within UK sport and business generally will bring an added dimension to the promotion that will enable it to scale new heights in the coming years.

“We would also like to place on record our thanks to the PROGRESS team who have helped keep the show on the road over the past 18 months and to our talent who have continued to provide great wrestling despite difficult circumstances. And… of course to the patience and loyalty of all of our fans.”

Another new name joining Team PROGRESS is Simon Miller who will act as the host of the promotion’s events. Miller has established himself as one of the most influential voices in British wrestling over the last few years due to his growing body of in-ring presence and his hugely successful work with WhatCulture Wrestling on social media.

Alex McCarthy, TalkSPORT’s lead on wrestling coverage said “The return of PROGRESS Wrestling under new ownership and to live events is fantastic news for UK wrestling. PROGRESS has been a pillar of the British indies and maybe even the leading promotion within the UK prior to the start of the pandemic.

“Having known Lee for many years, I have no doubt that he and Martyn will bring a new energy and enthusiasm to the promotion and I’m excited to see that reflected in the product. I have to say, I am particularly delighted that Simon Miller is going to be the new ring host, too. With a fresh start and their house in order, it will be an exciting time for PROGRESS – I wish them all the very best of luck.”

In the spirit of new beginnings, tickets for the January 23rd event will go on sale the moment the clock strikes midnight tonight (31st December 2021) to herald the start of the new year and a new chapter for PROGRESS Wrestling. Tickets will be available from www.dice.fm or on the Dice smartphone app.

Further announcements about the event will be made in the coming days as they complete their exciting line-ups.

PROGRESS Wrestling was founded in 2012 and quickly grew a reputation as the leading alternative in British Wrestling. Over the next few years, the company has helped launch the careers of many globally known stars including Will Ospreay, Toni Storm, WALTER and Pete Dunne, along with Jinny, Rampage Brown and Ilja Dragunov. Their existing Champions are Cara Noir, Giselle Shaw and Smokin’ Aces (Nick Riley and Charlie Sterling).

PROGRESS was founded by Jon Briley, Jim Smallman and Glen Joseph. Briley will oversee a handover period in the early part of 2022 and will depart the company at the end of that period. The business is now wholly owned by Lee McAteer and Martyn Best.

Alongside McAteer and Best, the PROGRESS Wrestling senior management team will consist of Paul Benson, Khalil Butt and Ross Alcock, bringing multiple years of operational, creative and commercial acumen to the brand.

PROGRESS Wrestling is the only English-based wrestling promotion that is broadcast worldwide on the WWE Network and on NBC’s Peacock streaming service in the USA. Shows are also available at Demand-Progress.com.