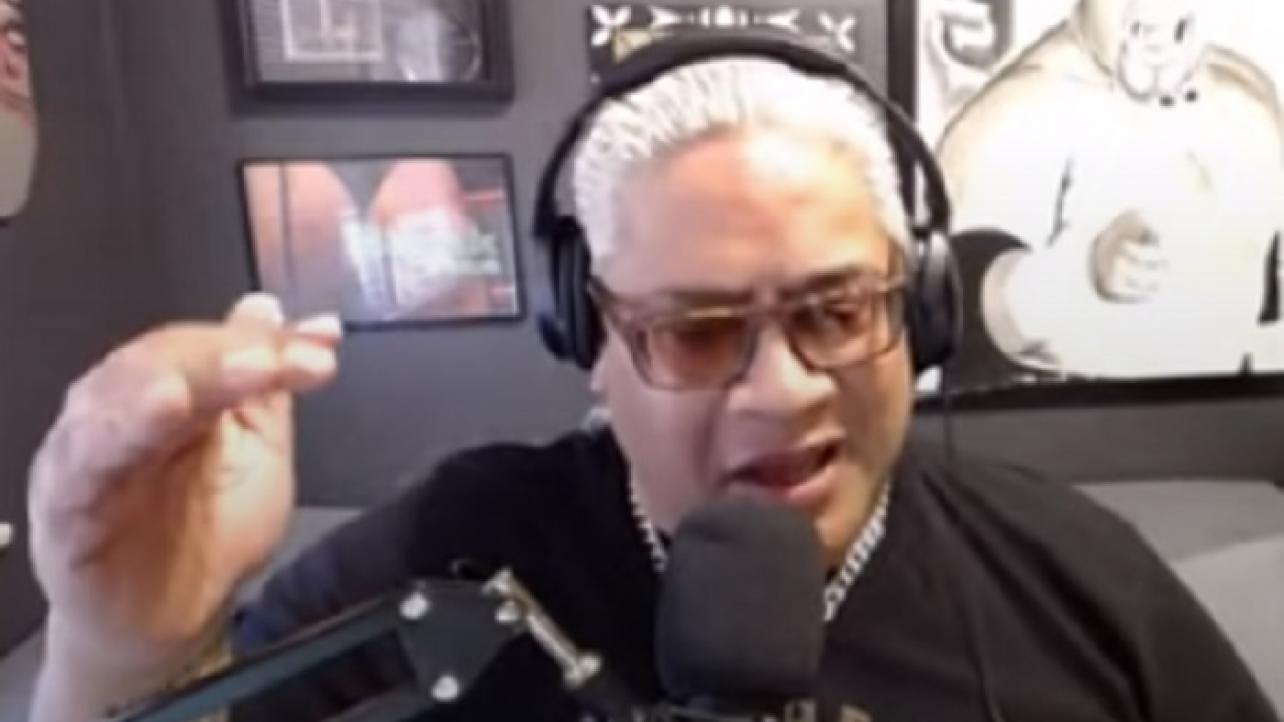 WWE Hall Of Fame legend Rikishi appeared as a guest on D-Von Dudley’s “Table Talk” podcast for an in-depth interview about his pro wrestling career.

The member of the legendary Anoa’i family joined episode 51 of the video podcast to talk about Roman Reigns’ current run in WWE, his WrestleMania IX match against The Steiner Brothers — Rick and Scott Steiner — as part of The Headshrinkers tag-team alongside Samu and more.

Featured below is an excerpt from the interview, where Rikishi talks about working against The Steiner Brothers in a tag-team showdown at the WrestleMania 9 pay-per-view from back in 1993.

“I think it was when Yokozuna, when he wrestled Bret Hart in Las Vegas. I’m not sure what WrestleMania that was, when [Hulk] Hogan came and won the belt back from Yoko, but we actually wrestled The Steiner Brothers during that time in Las Vegas, and I tell you what, man — it was one of these matches that for me kind of went down in history of my legacy. That, to be able to perform that day with these cats right here is probably one of the best matches we had in the tag team level.”

Watch the complete one hour and five-minute edition of Table Talk featuring D-Von Dudley and his special guest, WWE Hall Of Fame legend Rikishi, via the YouTube video embedded below.