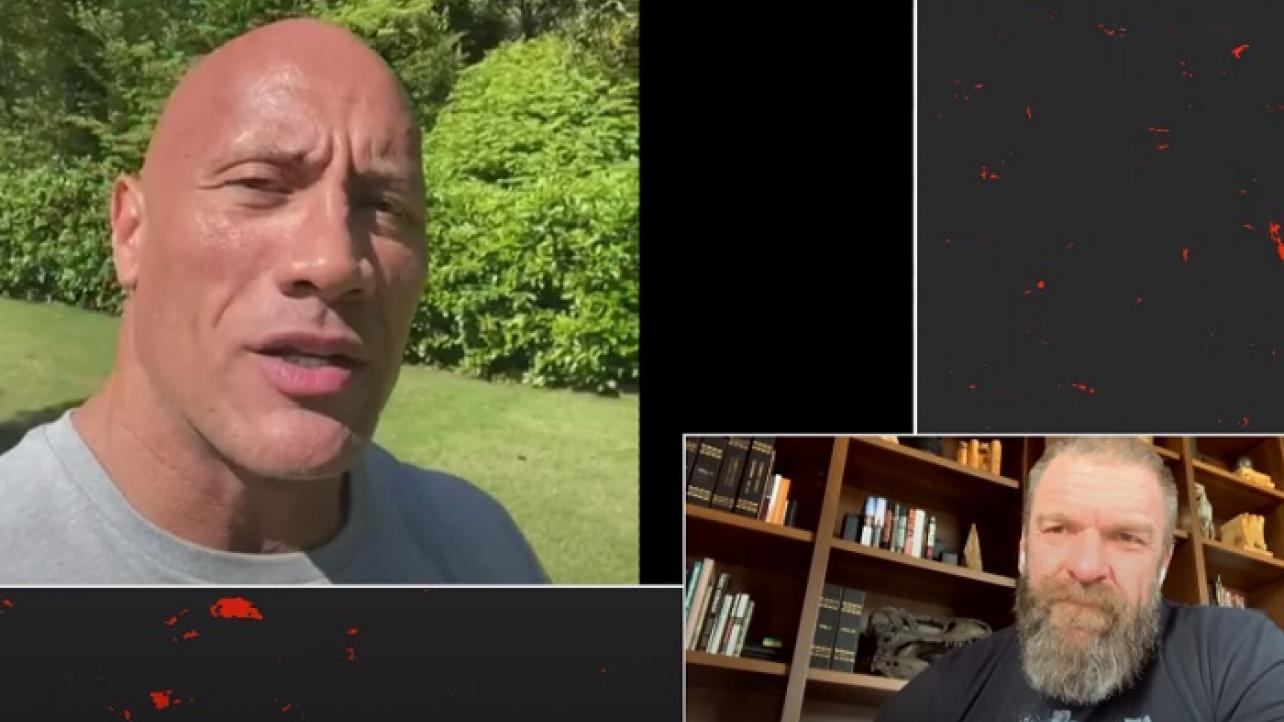 Dwayne “The Rock” Johnson checked in with a live, surprise video message directly to WWE’s Paul “Triple H” Levesque during the latest installment of the weekly popular digital series, “WWE’s The Bump.”

On today’s episode of “WWE’s The Bump,” Triple H was a special guest as WWE celebrates his 25 years with the company.

During his appearance on the show, Hollywood big-shot and former longtime rival of “The Game’s” in WWE, The Rock, made a special appearance via video to pass on his congratulations.

WWE tweeted the following and released the video embedded below on their Twitter and YouTube channels on Wednesday afternoon.