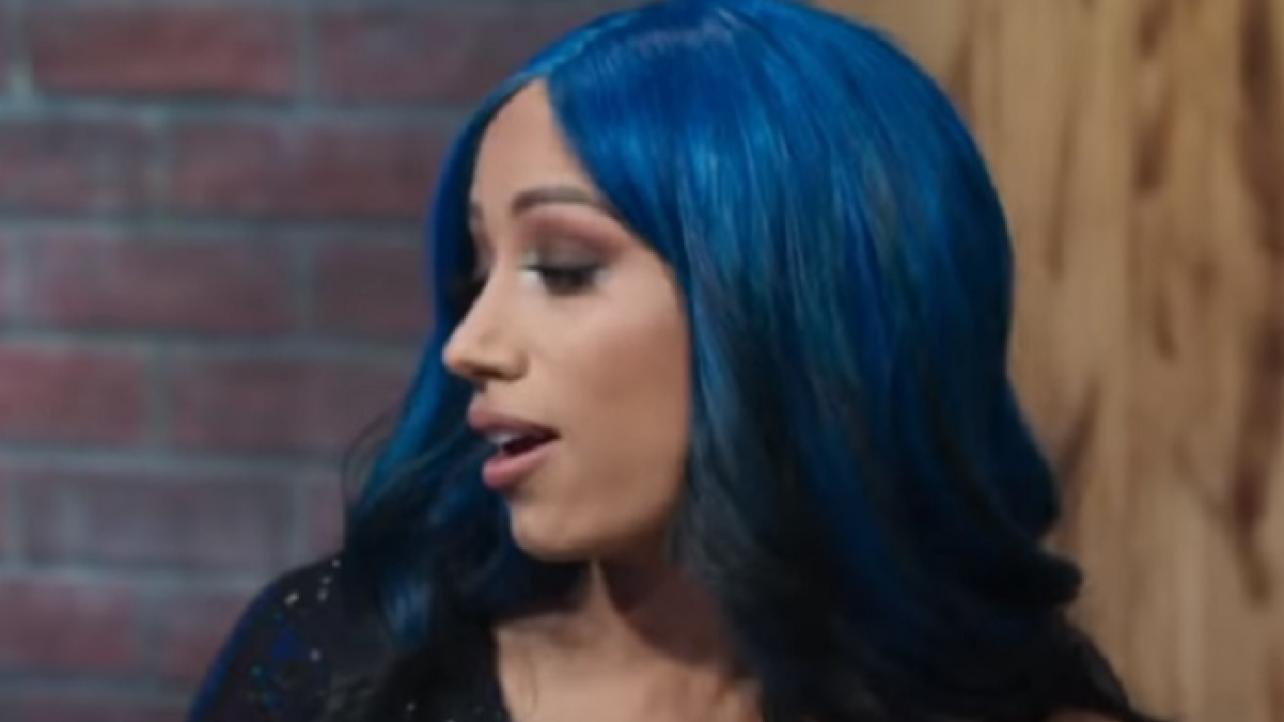 WWE SmackDown women’s champion Sasha Banks was the latest guest on Stone Cold Steve Austin’s Broken Skull Sessions (streaming on the WWE Network) to discuss a number of topics, including how she nearly left WWE due to a terrible bout with depression. Highlights from the interview can be found below.

Says she was not well when winning the women’s tag titles with Bayley:

At Elimination Chamber, I know how important that match was for Bayley, but at that time I still was slowly [going down] and not happy.

How she was dealing with a bad wave of depression that forced her to ask to leave WWE:

Depression. Depression was taking over. My mind was taking over. My thoughts were taking over. This place was being bigger than me. And I really, really lost myself because for a good seven years, I didn’t even hear my real name. I didn’t hear Mercedes anymore. All I heard was Sasha Banks, and traveling on the road, we only get one to two days off. So, I’m home, not even seeing what my real hair looks like. All I see is purple hair every single day. There were just so many things that were just — I let it control me. I let it take it and be like, ‘This is too much’ instead of being like, ‘You know what? Everything’s good. Breathe. Everything’s fine. I couldn’t even look at myself. I didn’t even know who the hell I was. How I was going into work, how angry I was going in, how sad I was. I was not the person that I dreamt to be. It hit the fan and I wanted to make sure that I didn’t lose myself. So I said, ‘You know what? I got to take a step away and find myself again and I gotta be brave about that.’ And that was probably one of the hardest things I had to do — ask to leave the WWE.

Says Vince McMahon would not let her leave: