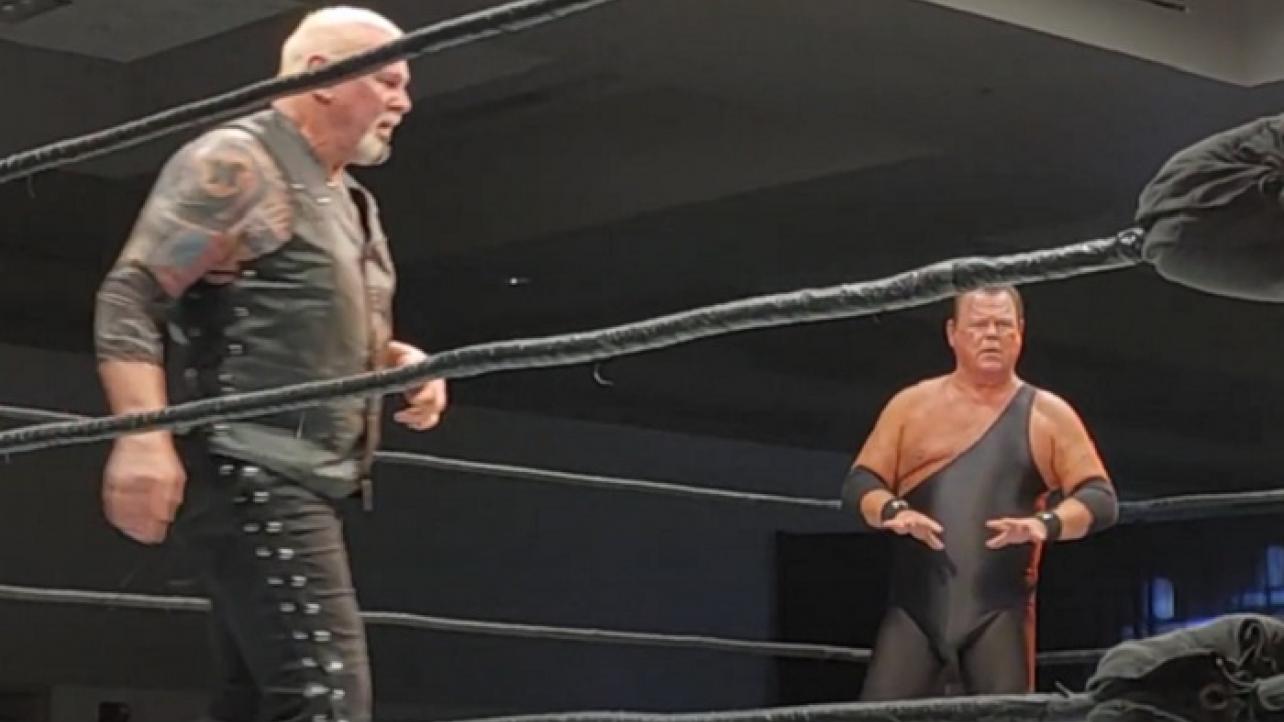 Big Poppa Pump made his in-ring return at Jerry Lawler’s Wrestling Reunion event this past weekend.

At the Fitzgerald’s Casino Event Center in Tunica, Mississippi, Scott Steiner appeared in the ring for a match at age 59 against fellow pro wrestling legend, Jerry “The King” Lawler, age 71.

WWE Hall Of Fame legend “The Mouth of the South” Jimmy Hart appeared in Lawler’s corner for the match, which saw Lawler get the victory after the referee hit Steiner with a foreign object.

Check out video of the match, as well as post-match comments from Jerry Lawler, via the video and tweets embedded below.

Big thanks to everyone who came out to @FitzCasinoMS yesterday! Great meet & greet Awesome wrestling show! Let’s do it again soon!!! https://t.co/P9UgDfuFHz