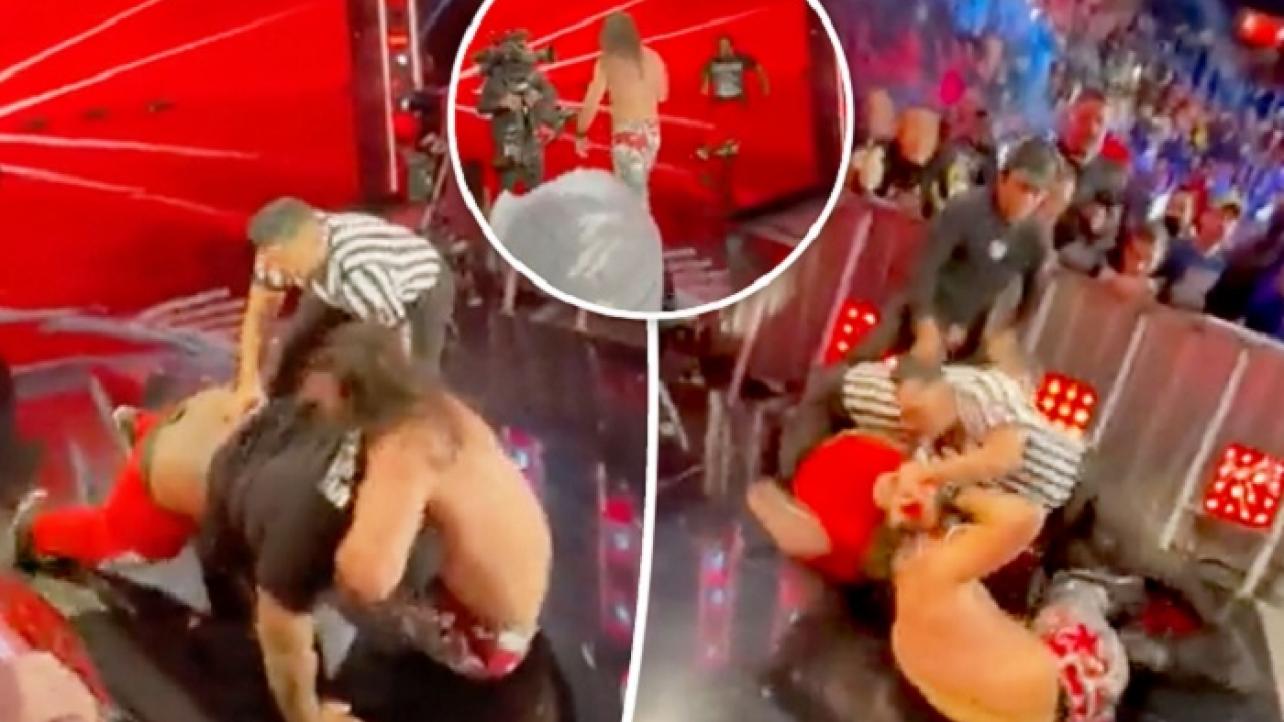 Seth Rollins had a rough night at the office this evening.

The veteran WWE Superstar found himself in a scuffle with a fan during the post-Survivor Series edition of Monday Night Raw.

A segment on the show saw Rollins ambush Finn Balor before their advertised bout. This saw Rollins beat down Balor in and out of the ring before ultimately making his exit while trainers checked on Balor in the ring.

While Rollins and a referee were making their way to the backstage area, a fan sprinted down from the mid-level seating area and tackled Rollins. Rollins and the official both went down with the fan as security immediately fled to the scene, along with longtime WWE producer Michael “P.S.” Hayes.

Not much of this was caught on camera as part of the actual broadcast, however several fans have already shared video footage via social media. Check out a few of the videos of this incident below.

A fan TACKLED Seth Rollins as he was walking backstage. #WWERaw pic.twitter.com/zlmKL5EOzC

They’re dragging him away but a fan tackled Seth Rollins on the ramp and tried to fight him. Referees and security got him #WWERaw pic.twitter.com/NoUGotZrut

Geez, a dumb fan jumps the rail and runs over Rollins. #WWERAW pic.twitter.com/lcqKiBZhy4