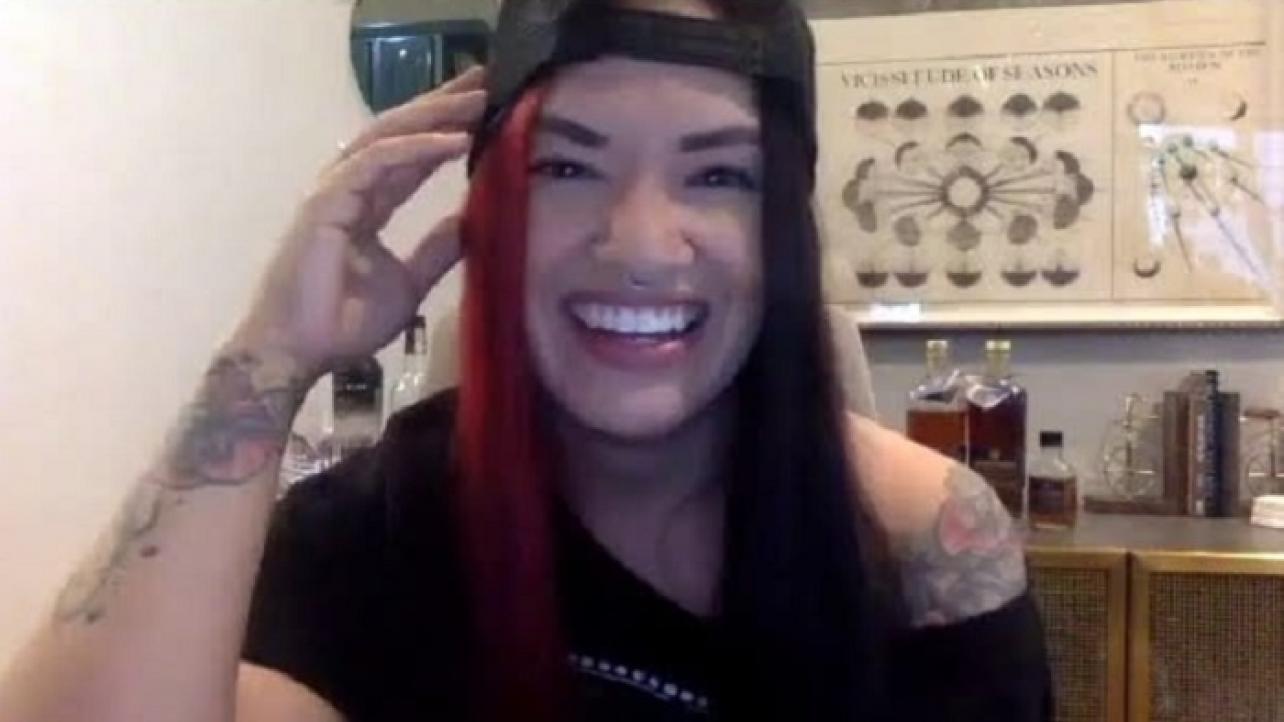 Shaul Guerrero recently appeared as a guest on the Wrestling Inc. Daily podcast for an in-depth interview covering all things pro wrestling.

During her appearance on the popular pro wrestling program, Guerrero spoke about the Dusty Rhodes Classic Women’s Tag-Team Tournament, her time with The Ascension in WWE NXT and more.

Featured below are some of the highlights from the new Shaul Guerrero interview.

On her participation in the original Ascension in NXT: “Once a member of The Ascension, always a member of The Ascension. I was actually supposed to see Konnor this week. We were supposed to do a show in El Paso, TX. Unfortunately it had to get postponed because of COVID reasons so, safety first, but when I saw him on the poster, no one tells me anything. I don’t know anything until stuff drops on Instagram, but when I saw Konnor on it and Vik, I was like, ‘oh my God, we’re gonna have an Ascension reunion.’ I don’t know what’s going to happen. I have to do a run in or something and get my manager hat once again. I love Konnor. He helped me learn a lot when we were at FCW.”

On the groups booking plan and how she had a blast working with them: “Well, I was first of all super honored that Dusty wanted me to be a part of this group because obviously, Konnor’s extremely talented. We had Epico at the time, and we have, I believe he goes by Bram now, but we had just so many amazing people a part of this team. Vampire is one of the roles I’ve always wanted to do as an actress, and so combining that with wrestling was really really cool. And I loved it honestly. I had so much fun working with Dusty. This was a special project of Dusty’s, and I always loved it though because he’s like, ‘Now don’t say that you’re vampires. Just leave it to the imagination,’ but we got to film really closely with Dusty for all the promos. And we had the best time. We had so much fun.”

On how important Dusty Rhodes was to her career: “Absolutely, I don’t even think that words can properly describe what Dusty was to so many us, and I’ve said this in interviews before, I’ve had a handful of people that were really looking out for me and really believed in what I was doing at FCW and NXT. And Dusty was one of them and pushed for me and had a lot of confidence in me. And I will forever thank him. He was always so honest with me. If something sucked, he told me, and he goes back with our family. He was the one that had really helped my mom when she got brought up on to the main roster to of start her own legacy. So I will forever be indebted to Dusty and always give him that credit.”

On possibly being involved in a future Dusty Rhodes Classic tournament: “Of course, I would always love to pay homage to Dusty in any way I can. I feel like I try to with any promo I cut. I want to make sure I cut a good promo because Dusty’s always watching in my eyes. I don’t know if I’m ever going to go back to WWE. I feel like when you’re in WWE, you are 100% in that company and nothing else can really happen, unless they’re okay with it, and I love being a jack-of-all-trades. I kind of like being able to wrestle and still professionally dance and still be able to do sideshow work that I love to do like the fire eating. Latina Heat actually eats fire. I’m hoping one day I can fire eat when I go to the ring. I hope that that would be the epic ring entrance, but we’ll see.”

Watch the complete Shaul Guerrero interview on the Wrestling Inc. Daily podcast via the video embedded below courtesy of the official YouTube channel of the program.