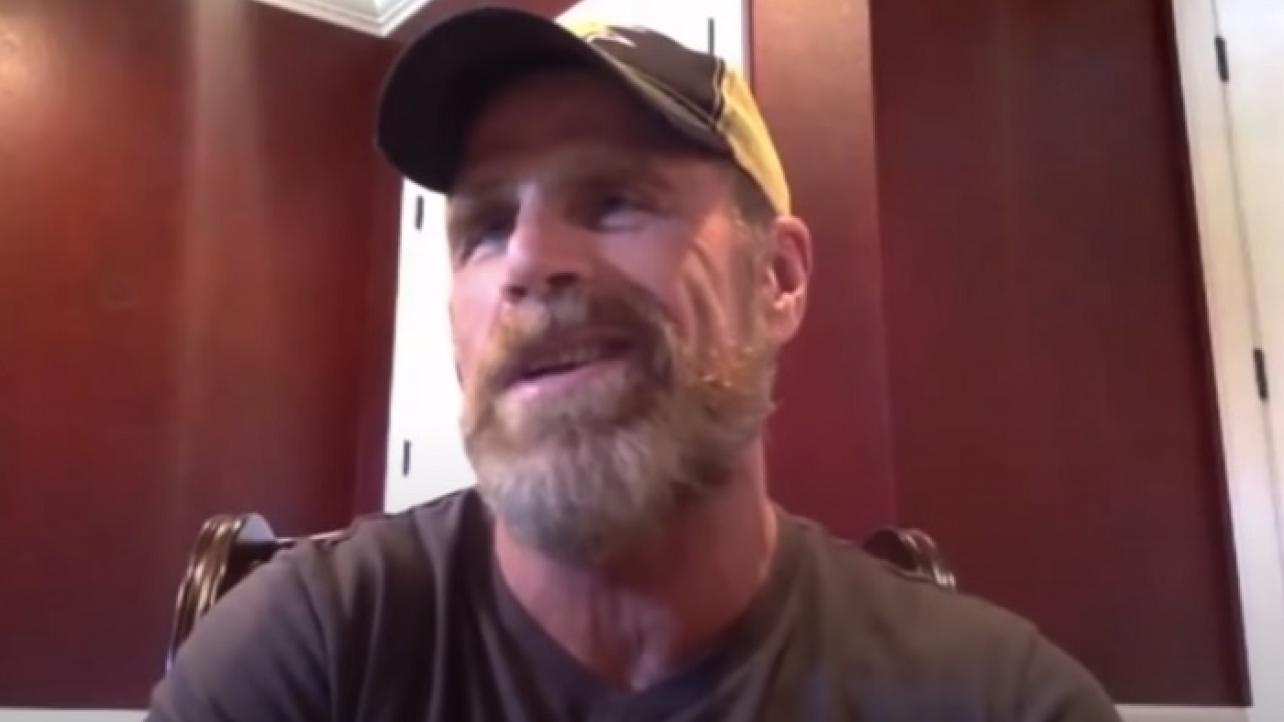 Shawn Michaels recently picked three current rising WWE NXT prospects as talents he feels will be carrying the promotion in the years to come during an appearance on the WWE Backstage On FOX Sports 1 (FS1) program this week.

“The Heartbreak Kid” spoke about Karrion Kross, formerly known as Killer Kross, along with Dexter Lumis and Timothy Thatcher as a trio of current WWE NXT Superstars that could potentially become the future main event players for WWE’s black-and-gold brand.

“As you know it’s sort of an always changing group, so to speak, over the years,” Michaels told show-host Renee Young when asked about the changing faces at the top of the card in WWE NXT since he joined the promotion as a behind-the-scenes figure. “I started with Drew McIntyre, Aleister Black, Ricochet, and The Revival. On to Johnny Gargano and Tommaso Ciampa, and of course, Adam Cole and Velveteen Dream.”

The WWE Hall Of Famer then went on to name the aforementioned three talents as guys that could possibly be at the top of the card for WWE NXT for years to come.

“Killer Kross — or Karrion Kross — I should probably be better about saying that,” said HBK. “Dexter Lumis, [Timothy] Thatcher, I think there’s a number of guys coming up that are going to be very interesting, and again, take NXT to that next level.”

Additionally, during the show, Michaels revealed a current WWE NXT pairing as an example of a duo that he feels is similar to he and Diesel during their run as a united force in his early days as a singles Superstar during his run as an active WWE talent in the 1990s.

“It was Dakota Kai and Raquel Gonzalez,” Michaels told Young during Tuesday night’s broadcast. “I was trying to give them an example of one is brash and cocky and gets bumped around a little bit. The other is the heater, she’s the one who shuts the door down.”

HBK added, “I thought it was sort of a dynamic that they could use going forward because it’s one of those things that it’s very visible and easy to comprehend, and just an example to guide them going forward.”

Check out video highlights below of Shawn Michaels on WWE Backstage On FS1 with Renee Young from the Tuesday, April 28, 2020 episode.

(H/T to Joshua Gagnon and WrestlingInc.com for transcribing the above Shawn Michaels quotes from WWE Backstage On FS1.)

The Showstopper.
The Icon.
The Main Event.