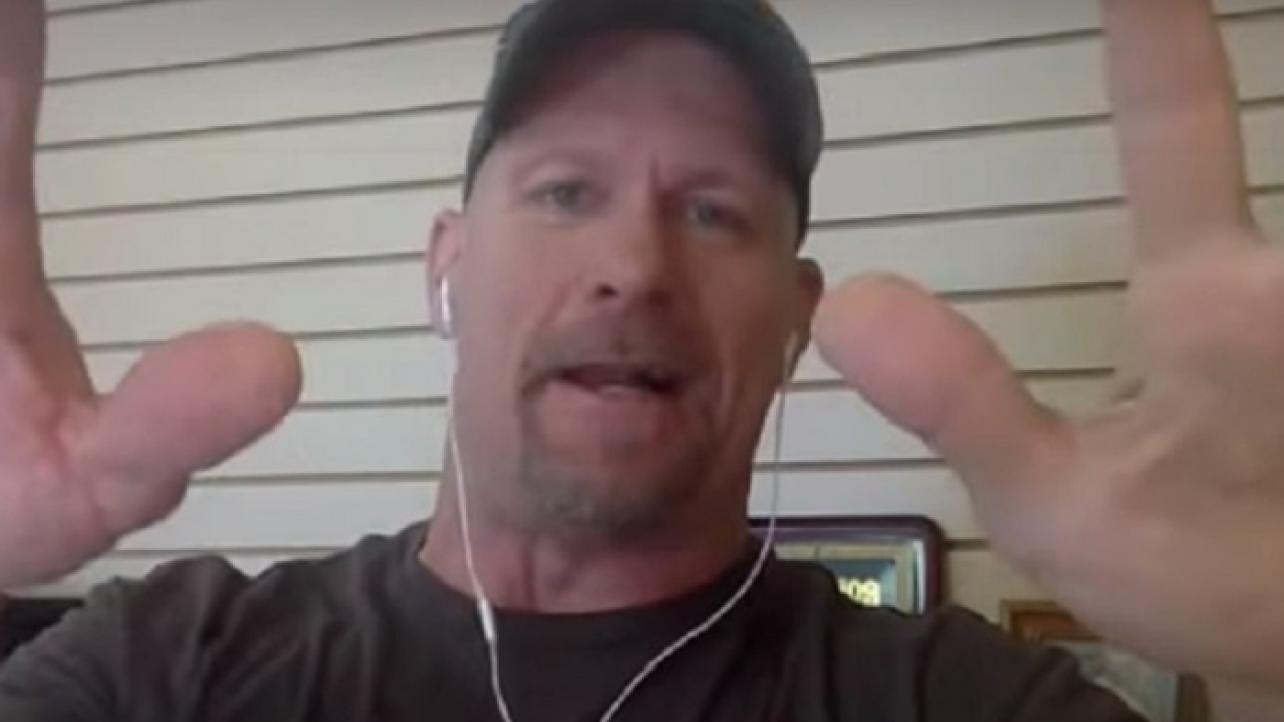 WATCH: Steve Austin Gives His Take On The State Of Pro Wrestling In 2021 (VIDEO)

WWE Hall Of Fame legend “Stone Cold” Steve Austin appeared as a guest on ESPN First Take on Tuesday to promote the new season of his USA Network series, “Straight Up Steve Austin.”

During his appearance on the popular daily sports show, “The Texas Rattlesnake” gave his thoughts on the current state of the pro wrestling business in 2021, wrestlers working through the ongoing global pandemic and more.

On the state of pro wrestling in 2021: “You’re spot in saying that today is a different era. It’s a more athletic product, the guys and girls are better athletes than we were. Growing up, I was a big fan of promotions such as NWA, Mid South, and WCCW as well, and during the Attitude Era, we really pushed the envelope creatively. I just think the business was a lot more protected back then, and it was a grittier product, which is what I thrive on.”

On today’s wrestlers working through the pandemic: “That said, all due resect to all the men and women of WWE for working through the pandemic, and without crowds. When you watch the football games even with even 25 percent capacity of crowds, those fans really affect your performance. This is especially true in professional wrestling because that’s how you get your feedback in your decision-making process. I miss the crowds. But yes, it is a different product today.”

Watch highlights of Steve Austin on ESPN First Take via the video embedded below courtesy of the official YouTube channel of the show.

WATCH: Steve Austin Gives His Take On The State Of Pro Wrestling In 2021 (VIDEO)