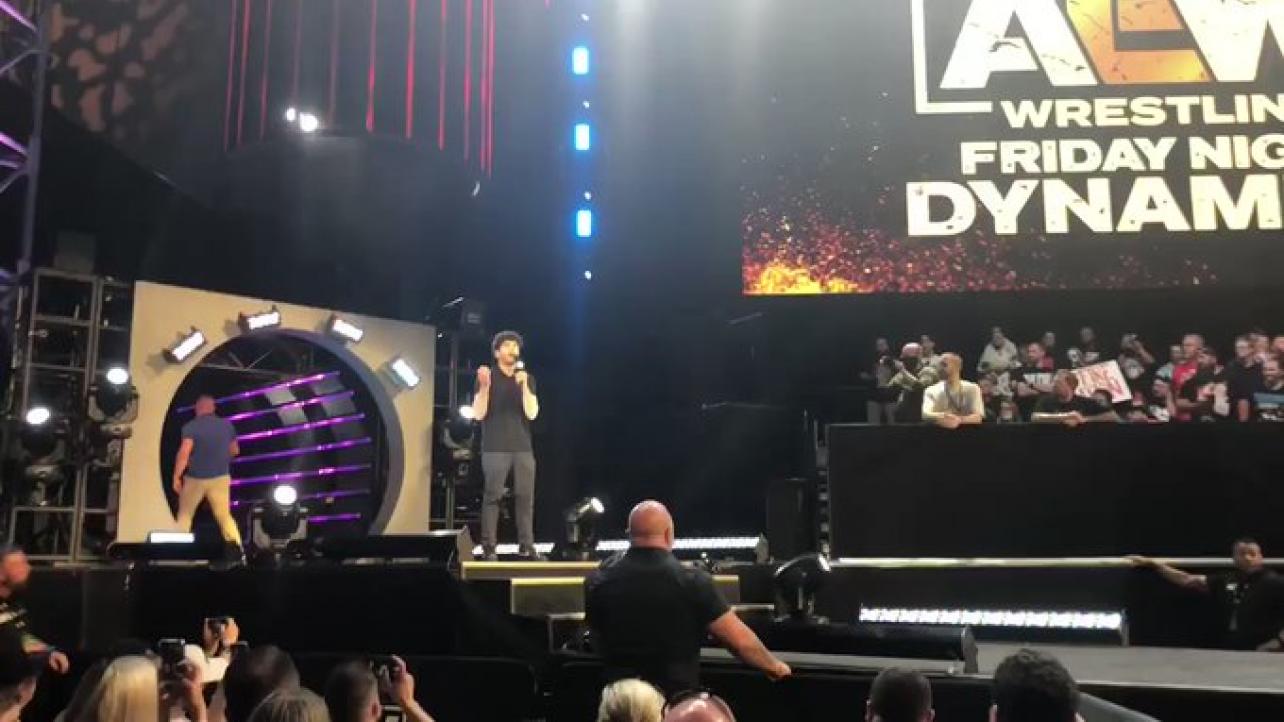 Tony Khan gave All Elite Wrestling fans another special off-air moment at the AEW Friday Night Dynamite “go-home” edition of the weekly TNT series for this Sunday night’s AEW Double Or Nothing 2021 pay-per-view.

During a special off-air moment strictly for the fans inside Daily’s Place amphitheater in Jacksonville, Florida at the show on Friday, May 28, 2021, the AEW President & CEO came out of the entrance tunnel with a microphone.

Khan would proceed to address the fans in the venue, thanking them for attending the show and talking about what the late, great Mr. Brodie Lee (Jon Huber) meant to AEW.

Check out video footage of the special off-air moment, which features Tony Khan getting emotional while talking about Jon Huber, via the tweet embedded below.

An emotional @TonyKhan is brought to near tears talking about fans being back and what Brodie Lee meant to #AEW.