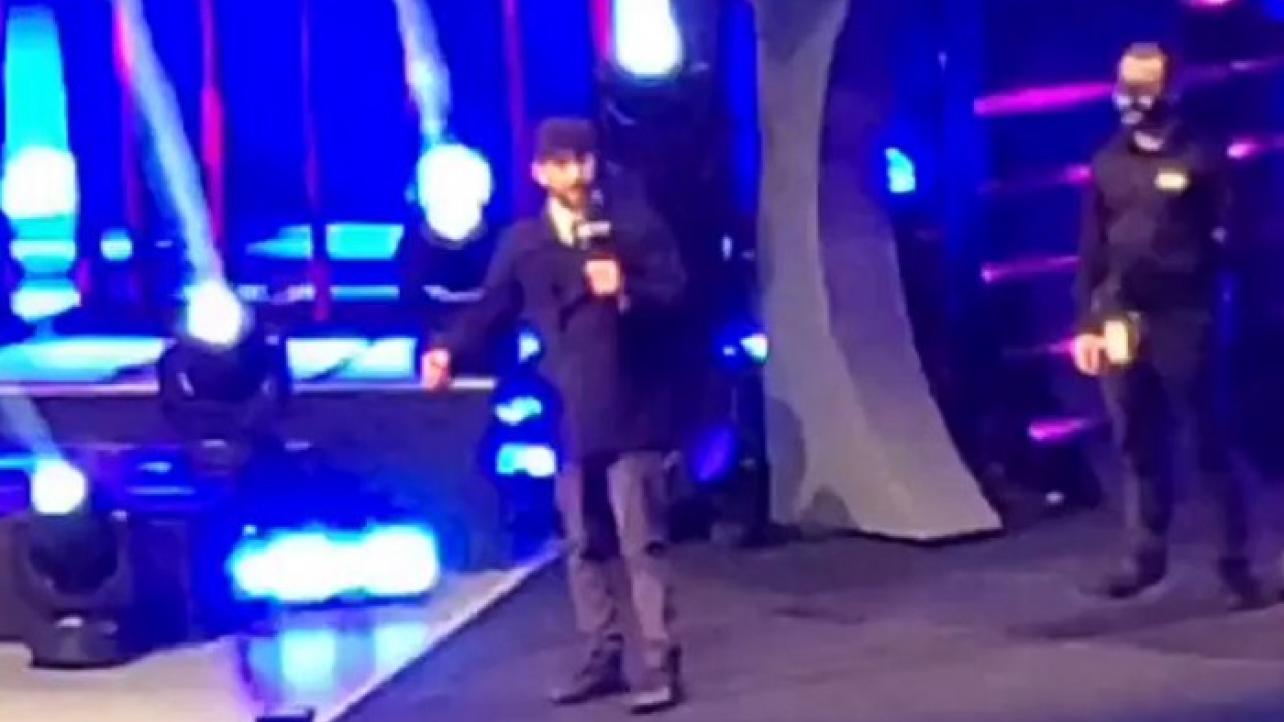 The AEW President & CEO is a classy guy.

As noted, Tony Khan re-wrote the entire episode of AEW Dynamite this week, changing the show at the last-minute to a complete two-hour tribute show in honor of the memory and legacy of Jon “Brodie Lee” Huber.

Prior to the broadcast going on the air on TNT on Wednesday night, Khan addressed the fans in attendance at Daily’s Place amphitheater in Jacksonville, FL., which as noted during the program, was the largest crowd since the start of the pandemic era.

Featured below is a transcription of the pre-show speech Khan gave to the crowd prior to this week’s Brodie Lee Celebration Of Life special went on the air.

It’s an honor for all of us that you’re gonna be here tonight. I think it’s going to be the most special night ever in AEW. It’s the most special thing we’ve ever done and it’s for a very special person, who deserves it — the late, great Mr. Brodie Lee. His family’s here. Thank you for coming. You’ve been amazing. I request you guys to please not swear, anything we’re gonna have to beep, because I’m gonna mic you guys very hot. So please no F words. Other than that, you guys have a great show. Thanks for being here.

Tony Khan thanks us for the being here on a special night. #AEWDynamite #RIPBrodieLee pic.twitter.com/kitSdXFLNR