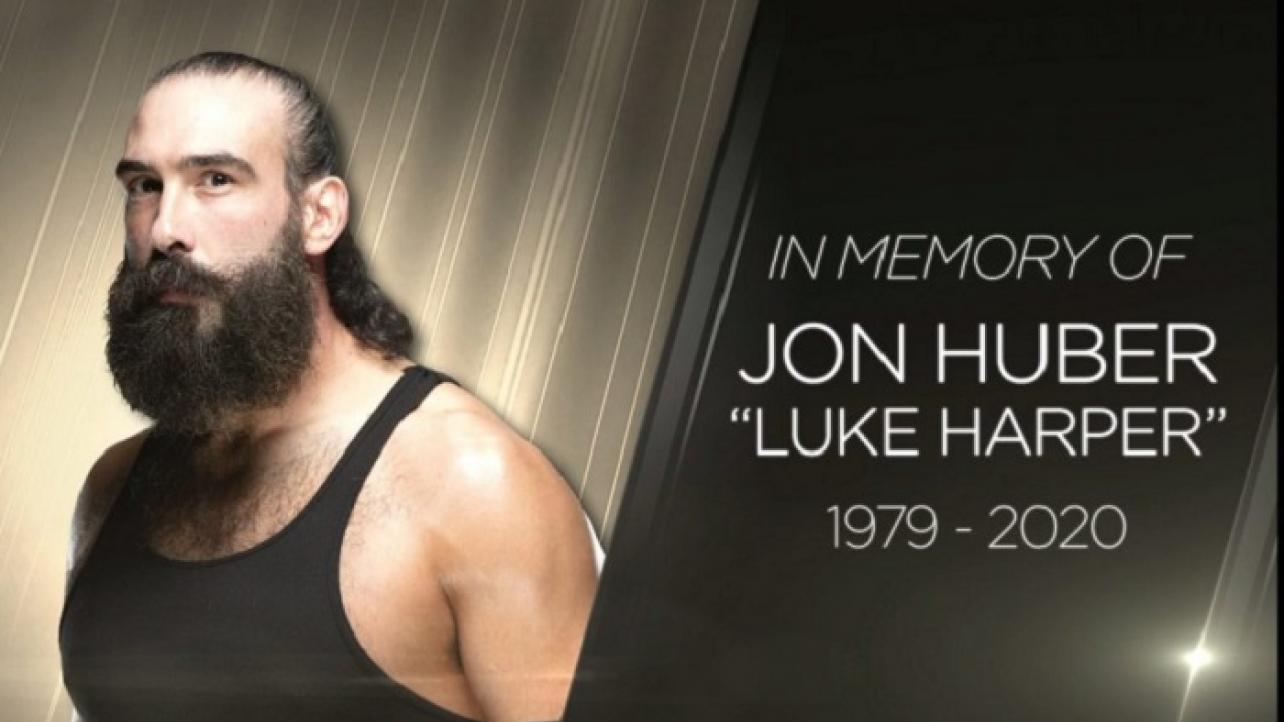 WWE uploaded a new vide on their social media platforms where various superstars reminisced about the late Jon Huber, known in the company as Luke Harper. Xavier Woods, Mustafa Ali, Keith Lee, Jason Jordan, John Morrison and others recalled personal stories with many of them getting emotional as they spoke. You can see the full video below. John Canton of www.tjrwrestling.net provided the following summary:

* Xavier Woods talked about Huber being a good guy and he said he was a better person for getting to know him.

* Keith Lee said that Huber was a good brother that he could trust, gave him great advice and an overall decent human being.

* Mustafa Ali spoke about riling up Huber, he’d give him water and he would joke about calling Harper an Undertaker-like figure. Huber would get so mad about it, but it was just Ali joking with him.

* John Morrison talked about the big presence that Huber had. Morrison said that he made things fun and made every moment that he spent with him memorable and awesome.

* Kofi Kingston noted how cool it was to talk to him about the amazing things their kids were doing. Kofi spoke about Huber being a great father.

* Tyson Kidd spoke about how the monster in the ring is the opposite of who he was outside the ring. Tyson said when he suffered his neck injury in 2015, Huber sent him a video of his son Brodie playing with Kidd’s action figure and it meant so much to Kidd to see that support.

* Adam Pearce said that Harper was responsible, reliable and an incredible family man. Pearce said you saw that everything he worked for was for his family, his children and his wife. Pearce said that he was a great human being and everybody was saying that about him because it was 100% true.

* Jason Jordan said that Harper’s first match in NXT was against him. They laughed about a spot that happened in that match. Jordan spoke about how they grew so close on the road and Jon was such a family-oriented man. Jordan talked about how genuine and caring and thoughtful he was. Jordan got emotional talking about how as his family has grown, Huber was the first person beside Jordan’s wife and himself to hold his daughter. They posted a pic of Huber holding Jordan’s daughter. That was very cute.