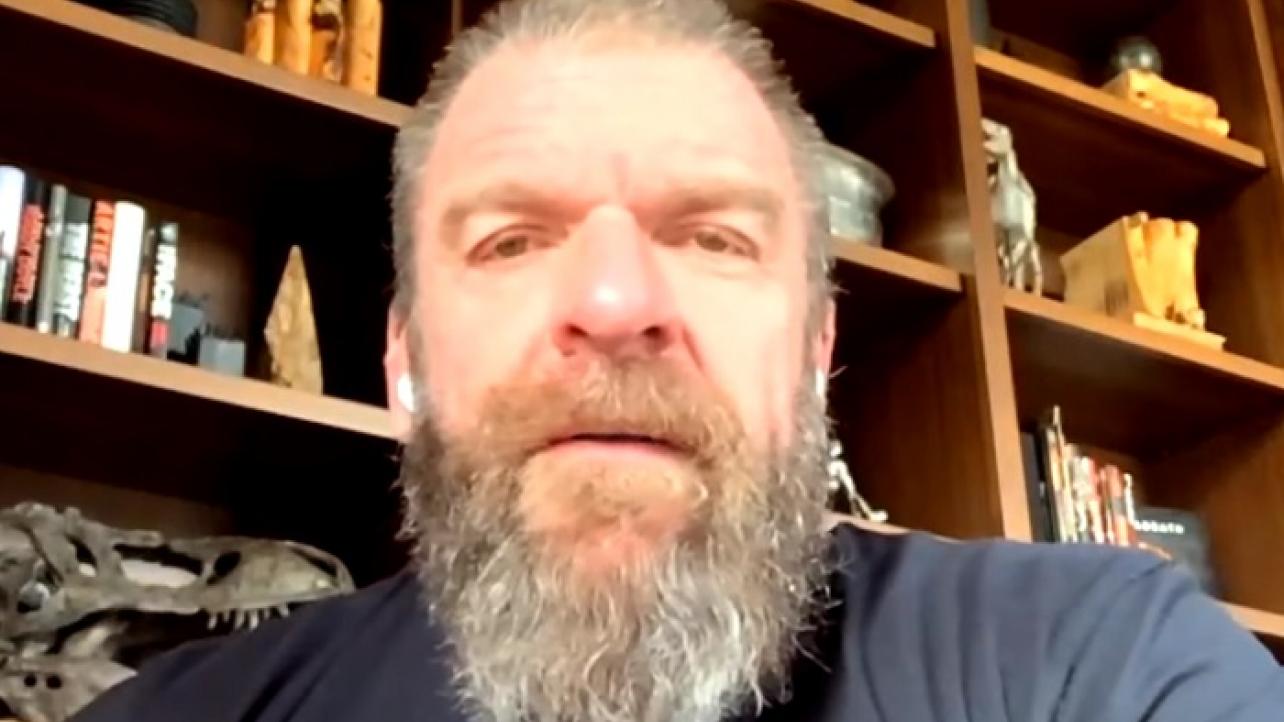 WATCH: Triple H: “If You Take Vince Out Of The Equation, Stephanie McMahon IS The WWE” (Video)

Triple H appeared on WWE’s ‘The Bump’ digital series today to promote his upcoming WWE 25th Anniversary special, and during his live interview on the popular web show, “The Game” spoke about his wife — Stephanie McMahon — being the true “Face of WWE.”

The Godfather of WWE NXT also commented on how Stephanie represents and understands every facet of their business.

In arguably his strongest words, Triple H indicated that if Vince weren’t around, “Stephanie IS the WWE.”

“Steph just gets this business,” said HHH during the show on 4/22. “She’s one of the smartest people I know. She’s very instinctive, even when she was getting into the business. She might not understand the why but knew what was right and what was wrong, instinctively, just like Vince.”

He continued, “One of the the things I love about her is she has a huge heart and you see that with Connor’s Cure and with other initiatives within the company as Chief Brand Officer. She has really put this company and what the company does in the community and for others out in the forefront in the best way possible as it’s made people realize how they can help. This company used to always do a lot of those but it wasn’t until later that they would begin to realize it was okay to say ‘hey, we support Make-a-Wish’ and it’s important because if people don’t see it, they don’t feel inspired to help. And when you can get everybody inspired to be a part of it, then it’s really meaningful.”

Check out the complete 4/22/2020 episode of WWE’s The Bump featuring Triple H’s full interview below.

The Godfather of #WWENXT (#NXT), longtime #WWE star & EVP #TripleH gets real with behind-the-scenes talk on #WWETheBump today, says: “If you take #VinceMcMahon out of the equation, #StephanieMcMahon IS the WWE!” (#VIDEO)

WATCH: Triple H: “If You Take Vince Out Of The Equation, Stephanie McMahon IS The WWE” (Video)