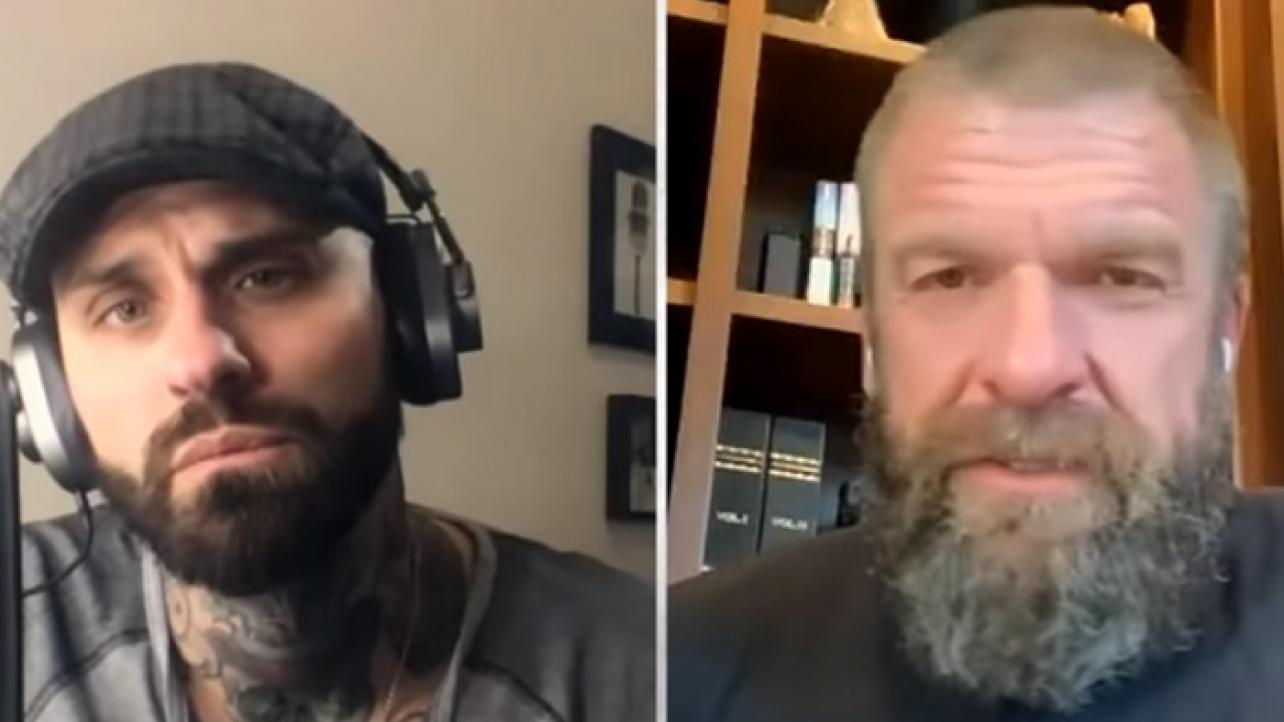 Triple H recently opened up about the behind-the-scenes process of deciding how to handle promoting WWE events and television tapings during the early stages of the Coronavirus Pandemic while talking with Corey Graves on a special edition of the WWE After The Bell podcast.

During the show, “The Game” spoke with Graves about making the decision to hold the first episode of WWE Friday Night SmackDown with no audience at an empty arena set up inside the WWE Performance Center training facility in Orlando, Florida.

“I heard the news the NBA was shut down and there was a debate happening about whether they were going to play with no fans…As I’m flying down there (the performance center) in the morning, I called Vince…and said maybe we should leave the setup up,” Triple H recalled. “I know it’s costly, but just in case something cancels over the next couple of weeks where we can’t go into a town, we can at least get everybody to Florida. This was before I was even thinking about no fans. I said we can pick up the phone and call the local fans here and fill this place up pretty easily and at least still put on a show.”

The WWE EVP continued, reflecting on Vince McMahon’s early thoughts about everything going on and his suggestion to hold the SmackDown taping without any fans.

“Vince said that’s pretty smart and said run the numbers and I will get back with you today and let you know,” said HHH. “By the time we get to Tuesday night and we have our production meeting, I call Vince and said I don’t know the numbers yet, but it’s getting worse. He said, ‘Yes, it’s getting a lot worse. Let’s talk in the morning.’ [and] by the morning, it’s more than likely we are coming in.”

He concluded, “It doesn’t matter what the numbers are. We leave everything up. By the time we do that live show, when that show is over, Vince is not only saying that the trucks on the way to Detroit are on the side of the road, but they are turning around and headed your way. We are going to do SmackDown there tomorrow. Everything is shutting down. For the first time, he said we may be doing WrestleMania from there.”

Check out the complete episode of After The Bell with Corey Graves featuring the exclusive Triple H interview by clicking here.