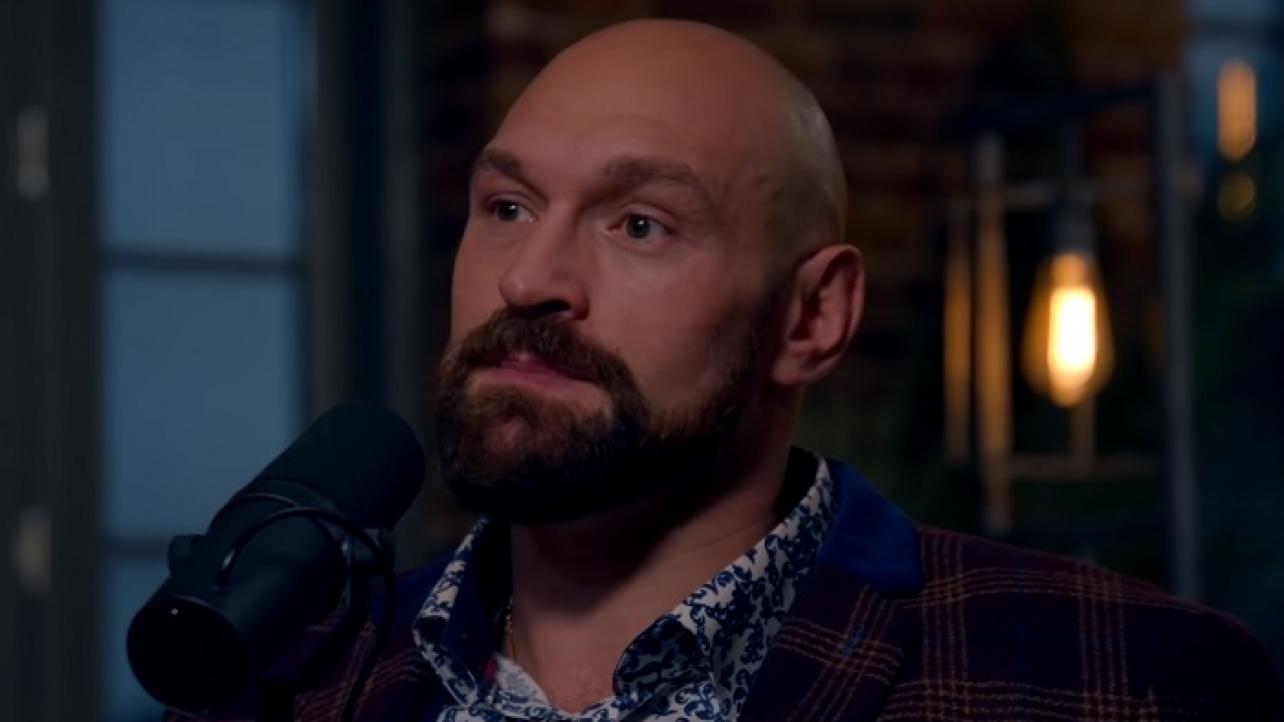 Lineal World Heavyweight Boxing Champion Tyson Fury is clearly among the baddest men on the planet, and he isn’t afraid of testing himself in a “proper fight” against former UFC Heavyweight Champion and reigning WWE Champion Brock Lesnar, as “The Gypsy King” recently spoke about a potential fight against “The Beast Incarnate.”

During a recent edition of the True Georgie podcast, professional boxer Fury spoke about the possibility of another in-ring appearance in WWE following his victory over “The Monster Among Men” Braun Strowman at the WWE Crown Jewel special event in Saudi Arabia in October.

Also during the show, Fury, who is scheduled to fight WBC Heavyweight Boxing Champion “The Bronze Bomber” Deontay Wilder in February 2020 in a rematch of their highly entertaining and successful first fight in December of 2018 — which resulted in a controversial Split Draw — spoke about a possible showdown against Lesnar.

According to the undefeated boxing mega-star, he could “flatten” the current WWE Champion and former UFC Heavyweight king in either a pro wrestling match or a “proper fight” within 30 seconds.

“Yeah, I fancy a fight with Brock, for sure,” Fury told True Geordie. “I watched a few of his fights. [He’s] pretty handy, but I can flatten him.”

The 1-0 undefeated WWE Superstar added, “In a WWE match or in a proper fight, I can flatten Brock Lesnar in 30 seconds.”

Check out episode 124 of The True Geordie podcast featuring the complete interview with “The Gypsy King” Tyson Fury below, and for more information on the show, visit TrueGeordie.com.

Just #ICYMI: Lineal #Boxing Champ @Tyson_Fury tells @TrueGeordieTG #podcast he “fancy’s ‘proper fight’ or #WWE match” against @BrockLesnar, claims he would “flatten him in 30 seconds” in either… (#VIDEOS)

(H/T to WrestlingInc.com for transcribing the above Tyson Fury interview quotes.)