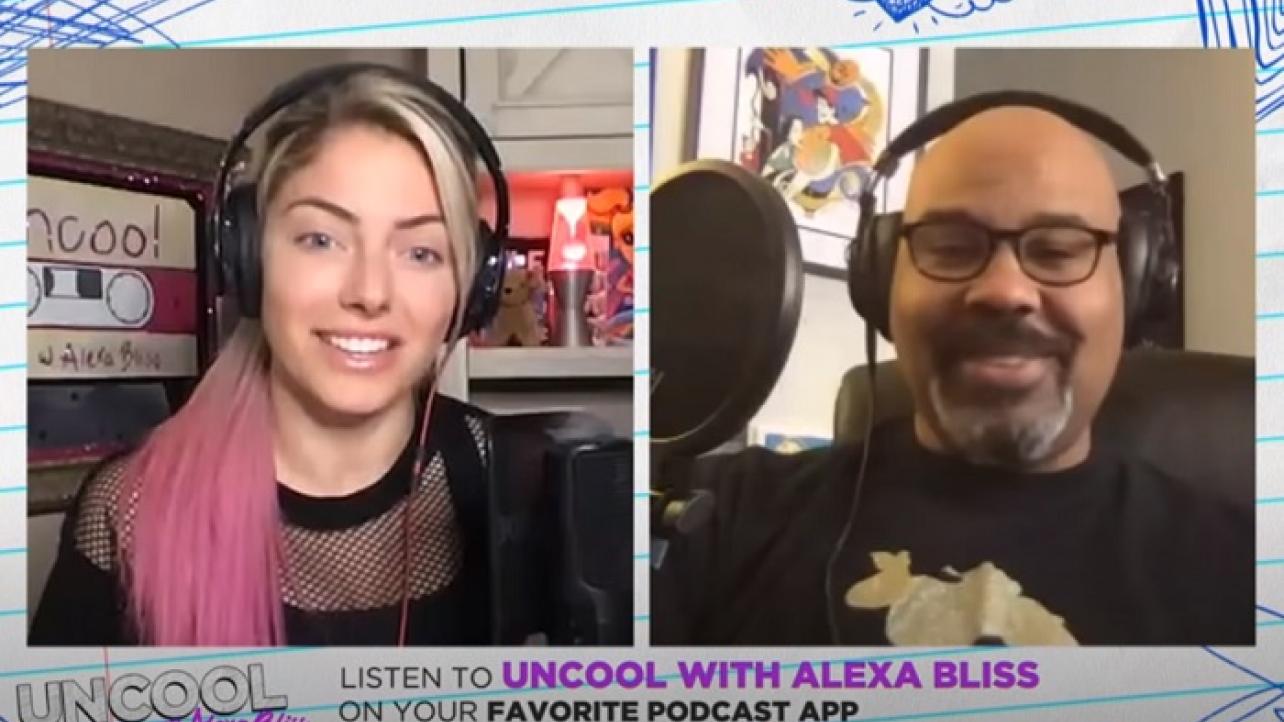 The third installment of the newest addition to the WWE and Endeavor Audio family of sports entertainment podcasts has arrived, as episode three of “Uncool With Alexa Bliss” was released on Tuesday morning.

“Uncool With Alexa Bliss” episode three features “The Goddess of WWE” sitting down with special guest James Iglehart, an American stage actor and singer who is best known for his Tony Award-winning performance as the Genie in the original Broadway production of Aladdin.

The official description for the third episode of the new official WWE podcast hosted by Alexa Bliss reads as follows:

The Tony Award-winning, “Hamilton”-rapping Genie from “Aladdin” himself looks back on his early introduction to wrestling, his unique high school nickname and a painful first kiss.

Watch the complete third episode of the “Uncool With Alexa Bliss” official WWE podcast courtesy of the company’s YouTube channel via the video embedded below.

For those who missed the one-two combo that “The Goddess of WWE” came out swinging with when she launched her official WWE podcast with the first two episodes dropping on the same day last Tuesday, September 29, 2020, you need-not-worry.

WWE has all three episodes available in their entirety via their official YouTube channel!

So, in addition to the brand new third episode embedded above, you can also watch the first and second episodes of “Uncool With Alexa Bliss” with special guests The Miz and Lance Bass from NSYNC via the two videos featured below.

Lance Bass, member of pop sensation NSYNC, chats about his awkward years, dreams of space travel and growing up with a secret.

Watch the complete second episode of the “Uncool With Alexa Bliss” official WWE podcast courtesy of the company’s YouTube channel via the video embedded below.

Before he was a WWE Grand Slam Champion, teenage Mike “The Miz” Mizanin was doing anything he could to get noticed by the girls at school. He drops by the podcast to talk with Alexa about playing in the school band, his love for New Kids on the Block and a horrifying first date story that we cannot un-hear.

Watch the complete first episode of the “Uncool With Alexa Bliss” official WWE podcast courtesy of the company’s YouTube channel via the video embedded below.