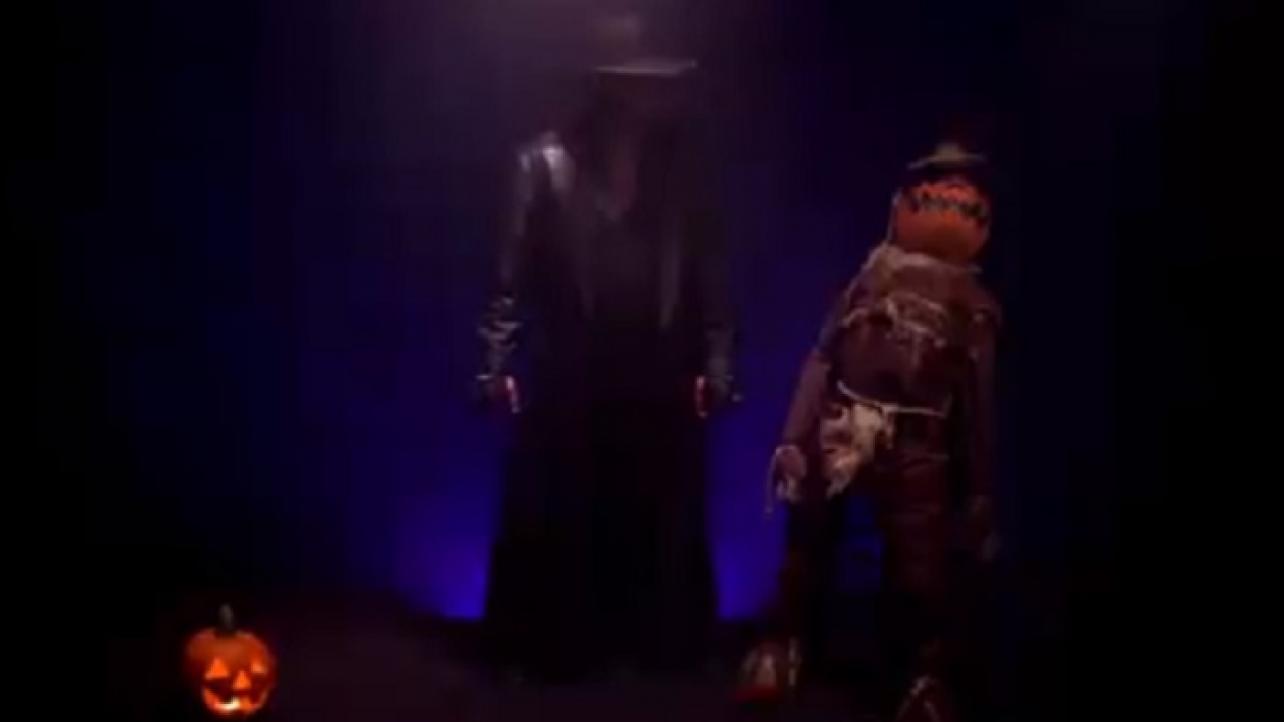 The Deadman made an appearance on “The Tonight Show Starring Jimmy Fallon” on NBC on the broadcast that aired on Friday, October 30, 2020.

During the popular “Suggestion Box” segment hosted by Fallon on the episode that premiered on 10/30, “The Phenom” himself made a rare cameo appearance on the program.

The segment saw a fan ask if Fallon can think of a way to combine Halloween and WWE. The former Saturday Night Live cast-member would go on to claim he could not think of one, however he mentioned knowing someone who could.

Watch the complete appearance by The Undertaker from the “Suggestion Box” segment on “The Tonight Show Starring Jimmy Fallon” via the video embedded below.

Sign up for the WWE Network today by visiting WWE.com for access to the ongoing “30 Days of The Deadman” month-long celebration in honor of The Undertaker’s 30th anniversary in WWE.

TONIGHT an all new Suggestion Box including an appearance from @WWE Legend @Undertaker! #Undertaker30