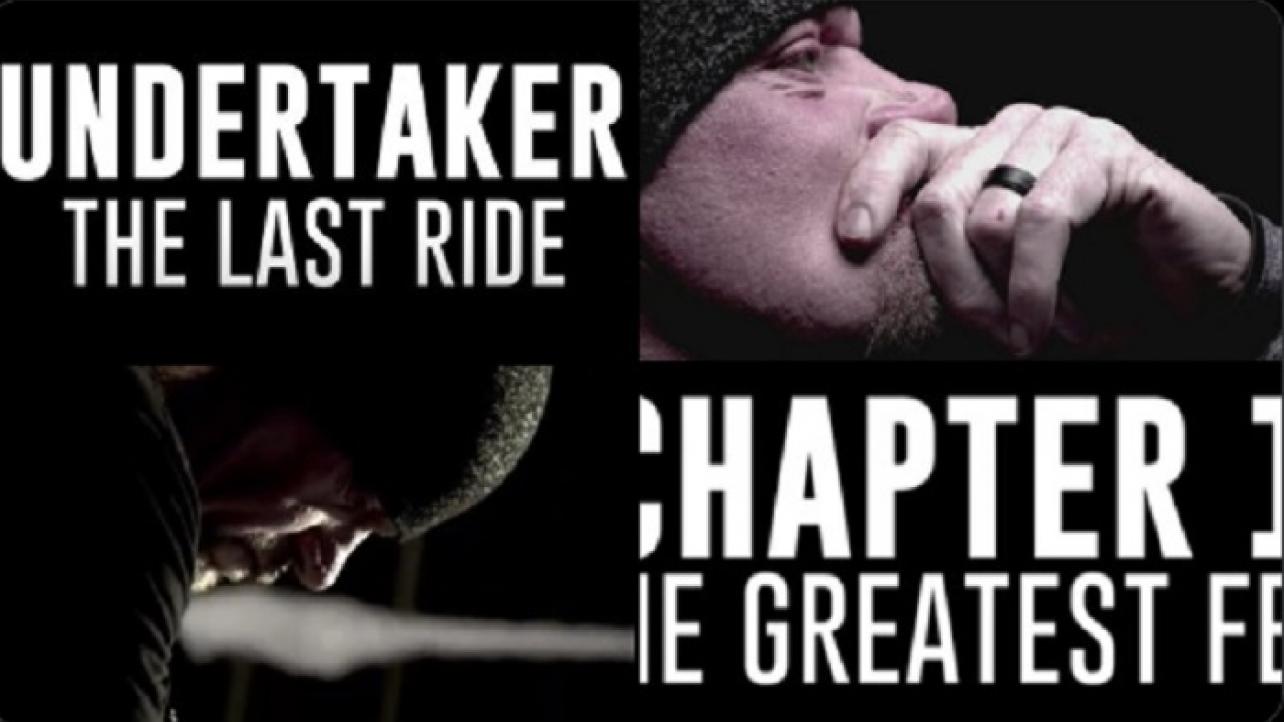 Episode one of “The Last Ride” documentary series on The Undertaker is coming to the WWE Network immediately following the WWE Money In The Bank pay-per-view this coming Sunday night.

The new limited series, “Undertaker: The Last Ride” is set to debut with episode one premiering on the WWE digital subscription streaming service after their WWE MITB PPV on Sunday, May 10th.

WWE confirmed the news via social media on Sunday.

The first episode will follow The Undertaker as he gets ready to face Roman Reigns at WrestleMania 33 in 2017 in what was expected to be his last match before retiring from WWE.

The official synopsis, according to WWENetworkNews.com, reads as follows:

“Get a rare and revealing look at Mark Calaway, the man behind The Undertaker, as he prepares for the final match of his storied WWE career against Roman Reigns at WrestleMania 33.”

Check out the first look video for Undertaker: The Last Ride – “Chapter 1: The Greatest Fear” ahead of its’ premiere on the WWE Network this Sunday, May 10, 2020.

Check out special #FirstLook at #Undertaker: #LastRide – #Chapter #One – #TheGreatestFear AHEAD of debut after #MITB on 5/10 below~! (#FULL #VIDEO)