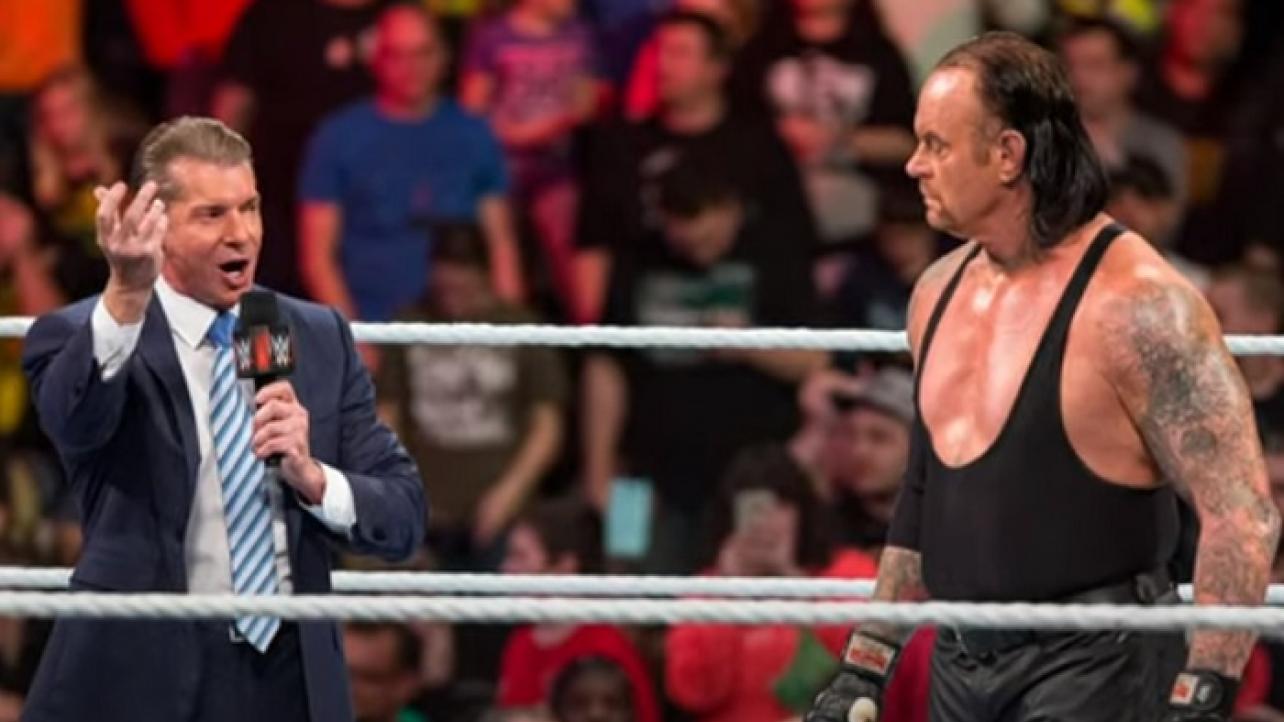 The Undertaker continues to make the media rounds as he promotes his five-part documentary mini-series on the WWE Network, Undertaker: The Last Ride, which wraps up with the final installment (Chapter 5: Revelation) this coming Sunday night.

Among his latest stops was as a guest on the official WWE podcast, “After The Bell with Corey Graves.”

During his appearance on the program, “The Deadman” opened up about his longtime friendship with Vince McMahon and reveals some key advice that he received from the WWE Chairman while at a low point in his life and career.

On Thursday, WWE released a promotional excerpt from Undertaker’s appearance on the show, which includes “The Phenom” talking about his close behind-the-scenes relationship with the WWE boss-man.

Check out the video below. You can also check out a first look sneak peek at the fifth and final installment of the WWE Network documentary series on “The Deadman,” Undertaker: The Last Ride (Chapter 5) — “Revelation”.

The bond between @undertaker and @VinceMcMahon is like no other… #AfterTheBell