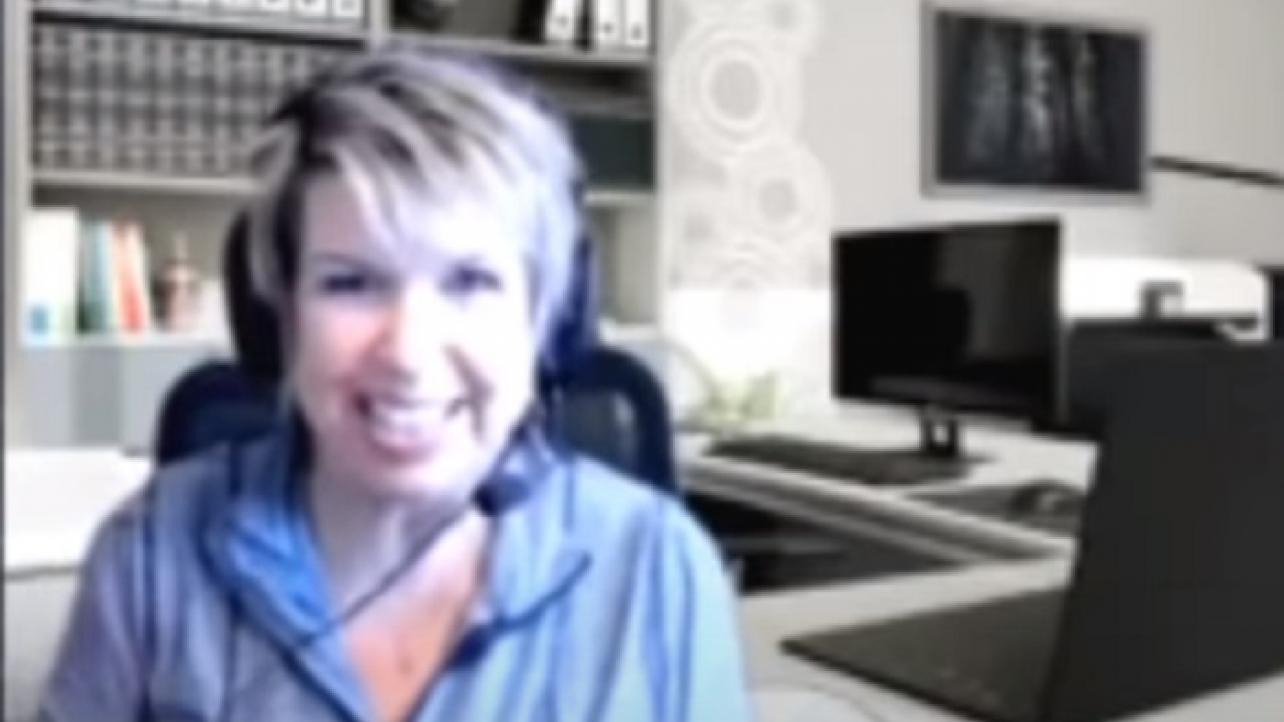 Have you ever wanted to the know the origins of Vickie Guerrero’s infamous “EXCUSE ME!” catchphrase?

How about we find out from the manager of AEW star Nyla Rose herself?

During a recent interview with Lucha Libre Online, the WWE Hall Of Fame performer who currently works in All Elite Wrestling (AEW) shared the story about the origins of her popular catchphrase.

Featured below is an excerpt from the interview where she tells the story.

“When I went out to the stage and [Edge] pushed me on the wheelchair, I went out there and I’m like, I just even know where to start and I even know which promo out to grab. I was lost. So the crowd is very smart, the fans you have to give them credit because they know exactly what’s going on in my face, (my) expression. I forgot and they started saying things like you need to go home. You don’t know what you’re doing. Get off the stage. You forgot your lines and I just yelled: ‘EXCUSE ME’. I said it again and then I didn’t think anything of it and then the next week, the writers are like, hey, let’s try that. Excuse Me again. Little by little the fans were expecting it every time I would come out for my promo or whatever I had to say.”

Watch the complete Vickie Guerrero interview via the YouTube video embedded below.