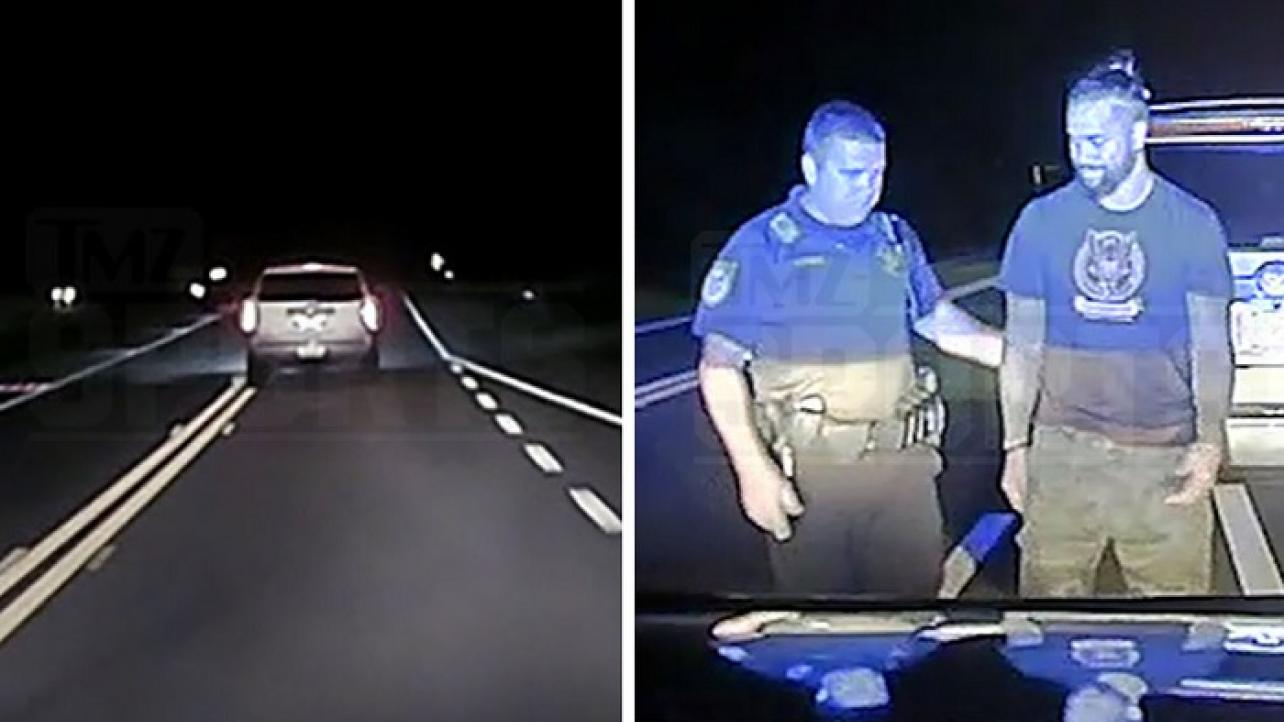 Video footage of Jimmy Uso’s latest, wild DUI arrest has surfaced online … and you can check it out right here.

WWE Superstar Jimmy Uso was arrested over the summer for DUI and TMZ has now obtained police footage which shows not only the arrest, but the scene that unfolded which saw Uso driving his Cadillac Escalade while being clocked at 86 MPH in a 45 zone and swerving in and out of his lane.

The officer eventually manages to pull over Uso, who then exits his vehicle stumbling around a little bit.

The policeman administered field sobriety tests but throughout the ordeal, Uso acted disoriented, asking if he could have his lawyer present and questioning why he was being detained.

The officer eventually arrested him for DUI and Uso was then slapped with a misdemeanor charge but has been contesting it in court ever since, with his subsequent appearance set for next week.

Check out the Jimmy Uso DUI arrest video footage below.