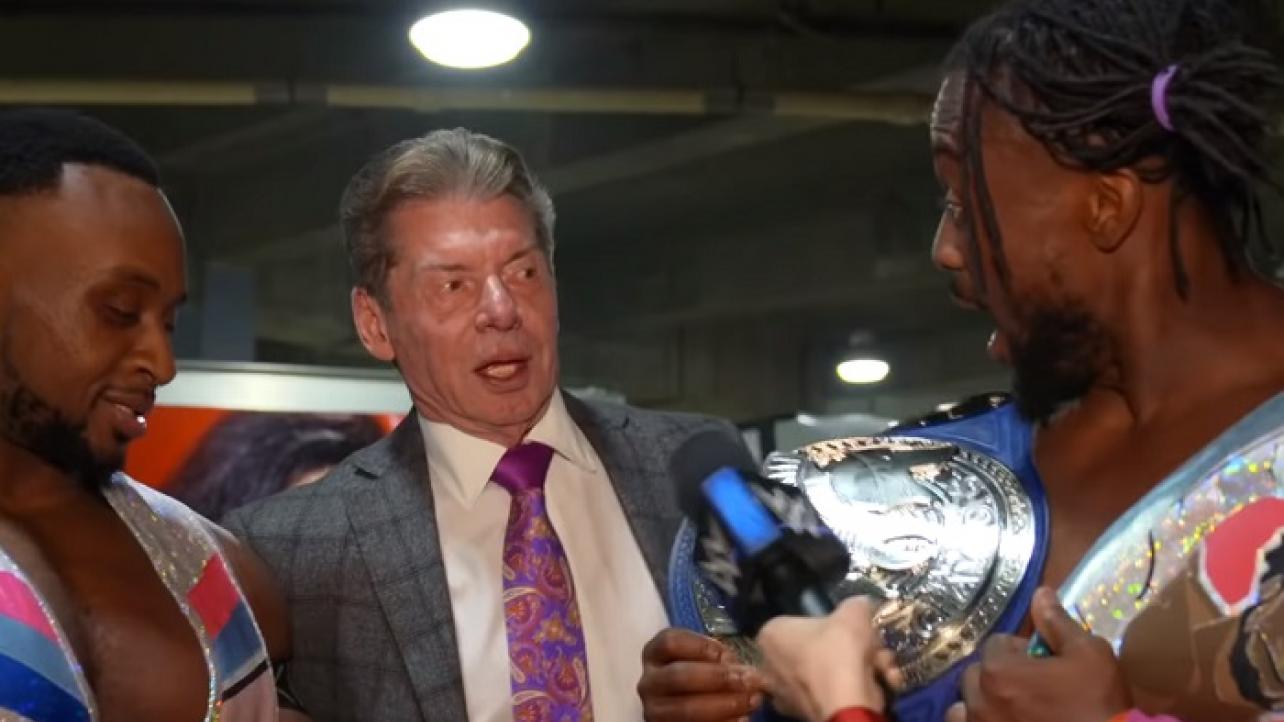 After the WWE Friday Night SmackDown On FOX broadcast concluded, Big E. and Kofi Kingston continued the fun as they met with Vince McMahon backstage after the show for a special post-show digital exclusive segment.

On the official WWE website and various social media outlets, a “SmackDown Exclusive” video was added that shows the five-year anniversary of The New Day honored by a cameo appearance from Mr. McMahon and “a high-pitched Xavier Woods.”

The video picks up where Friday night’s FOX show left off, as the SmackDown Tag-Team Champions also celebrate their successful title defense against the team of Shinsuke Nakamura & Cesaro after the show backstage at Legacy Arena in Birmingham, Alabama.