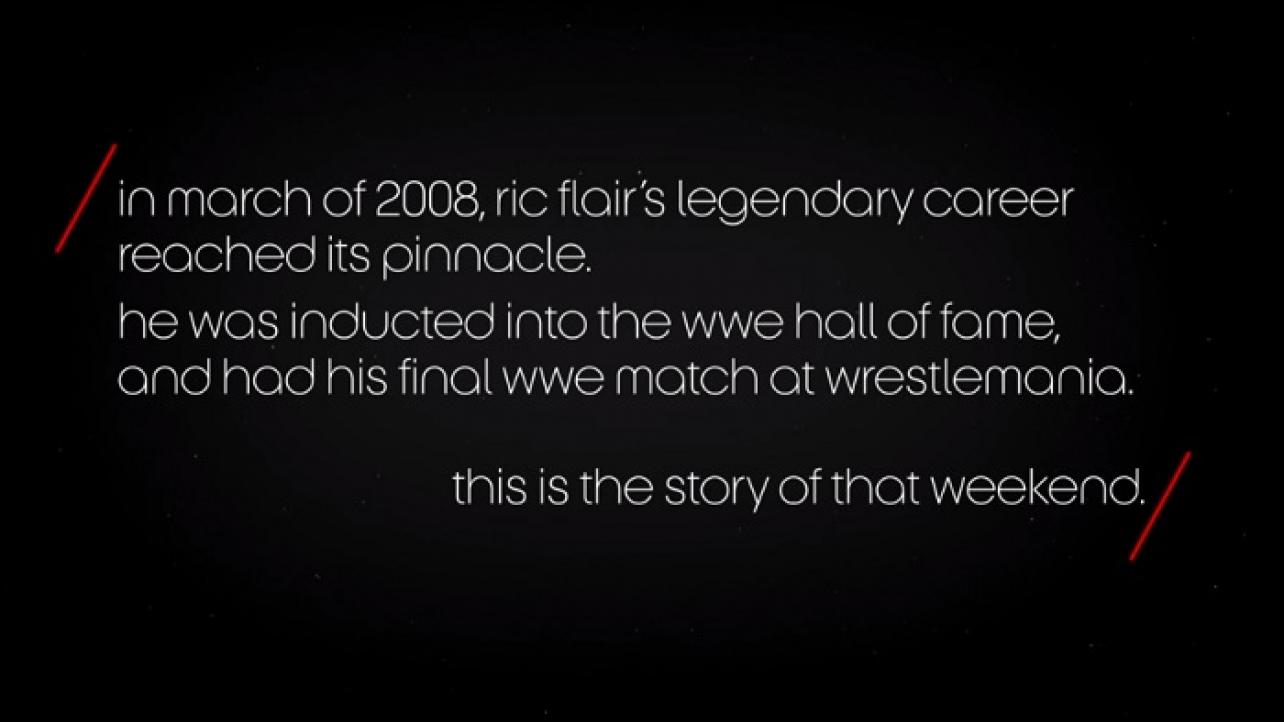 To be the man, you’ve got to beat the man, and on March 30, 2008, Ric Flair was beaten for the final time on “The Grandest Stage of Them All” by Shawn Michaels at WrestleMania 24, and the entire memorable weekend was captured on camera and is featured in the new WWE Network Documentary special, WWE 24 – Ric Flair: The Final Farewell.

The night marked the second of a three-day stretch capping off the career of one of, if not the single greatest professional wrestler in the history of the business, as “The Nature Boy” was inducted into the 2008 class of the WWE Hall Of Fame the night before his WrestleMania XXIV showdown against “The Heartbreak Kid,” and would get the most memorable send-off in the history of the profession the following night on Monday Night RAW.

To promote the release, WWE posted a special teaser sneak peek video that shows fans the first look of the new WWE 24 special honoring “The Nature Boy,” which features Shawn Michaels, Triple H and Charlotte Flair addressing the difficulties Flair faced while trying to come to terms with his WWE retirement back in 2008.

Check out the WWE 24 – Ric Flair: The Final Farewell video stream embedded below, and subscribe to the WWE Network today to watch the full episode via On Demand viewing.

“The Nature Boy” reflects on his WWE Hall of Fame career in the days leading up to his emotional send-off at WrestleMania 24.