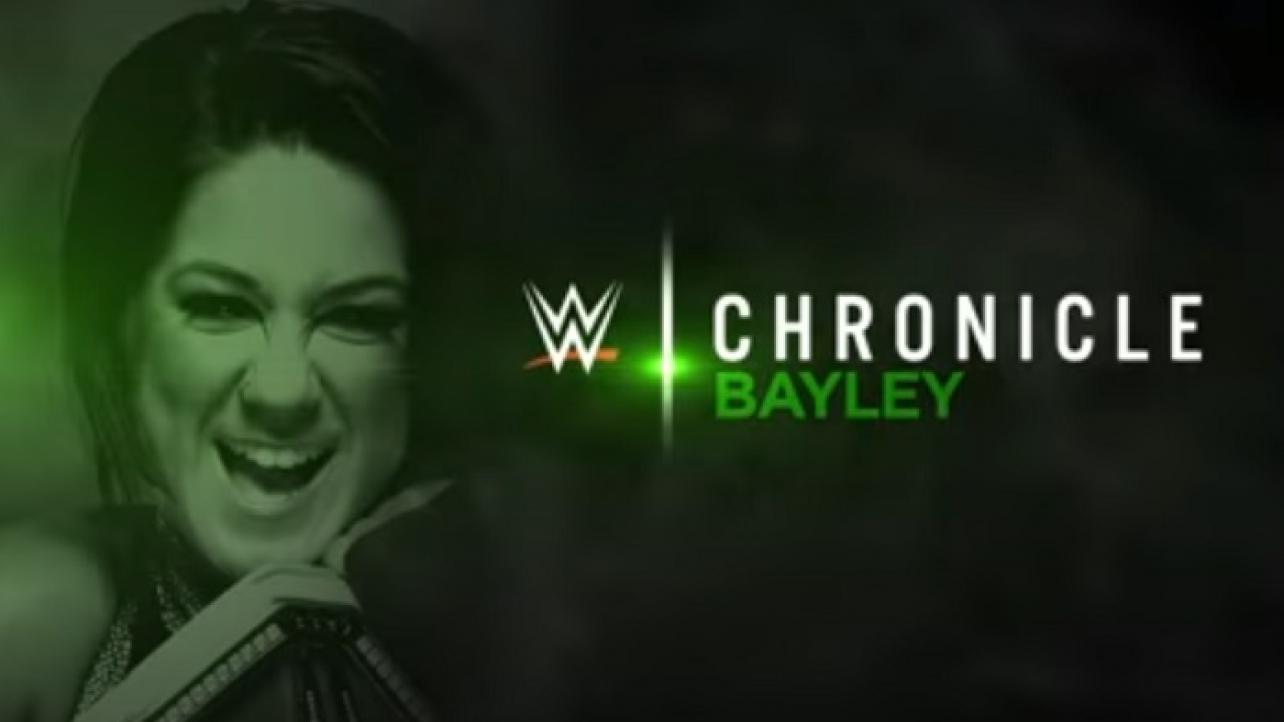 WWE Chronicle returns with a new episode this coming Saturday on the WWE Network.

The woman with the longest combined reign with titles in WWE in the modern era, SmackDown Women’s Champion Bayley, is the subject of the next installment of the popular WWE Network documentary series, “WWE Chronicle.”

On Thursday, WWE released the official trailer to promote the special, which gives the WWE Universe a special look at a special talent as Bayley prepares for her showdown against former tag-team partner Sasha Banks at the upcoming WWE Hell In A Cell 2020 pay-per-view.

Featured below is the official description for the latest installment of WWE Chronicle featuring SmackDown Women’s Champion Bayley.

SmackDown Women’s Champion Bayley prepares for WWE Hell in a Cell 2020 and her chance to finally prove she doesn’t need Sasha Banks on a new episode of WWE Chronicle, available this Saturday on the award-winning WWE Network.

Watch the trailer for the new WWE Chronicle: Bayley documentary premiering this Saturday via WWE Network below.