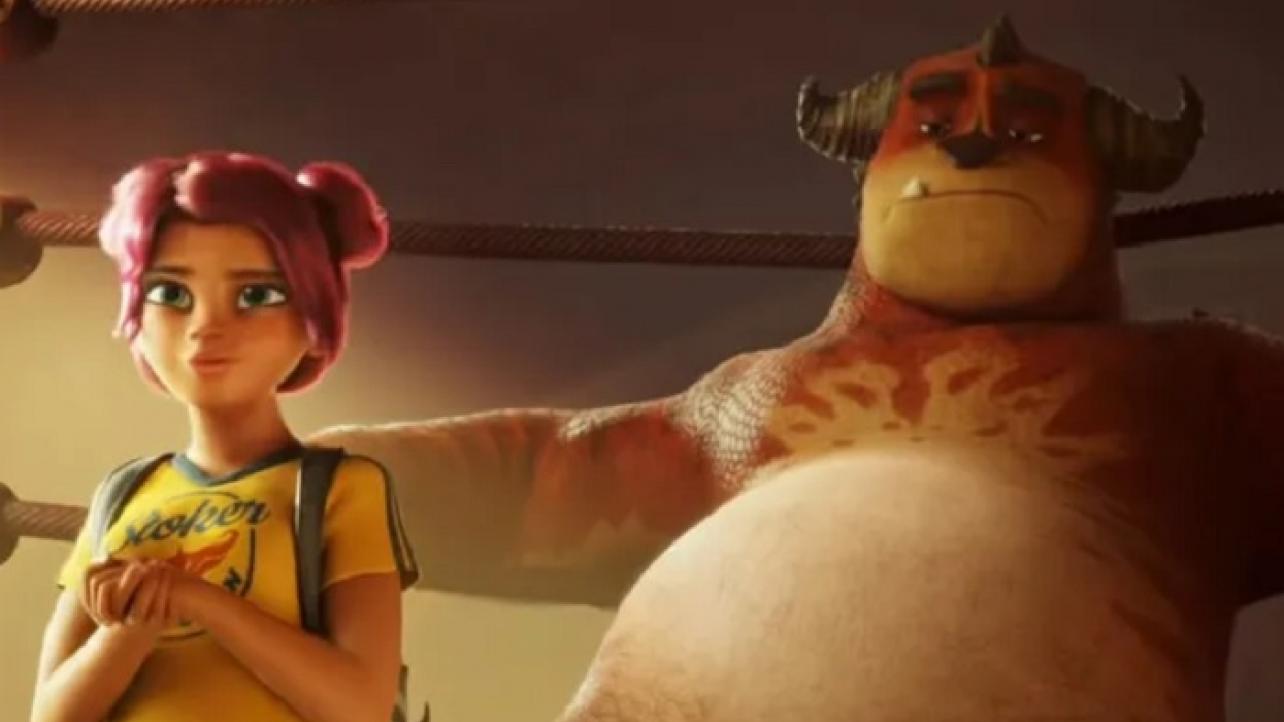 WWE’s “Rumble” is coming to Paramount+.

It was announced this week that WWE and Paramount+ will premiere “Rumble” on the digital streaming service on Wednesday, December 15, 2021.

The official synopsis for the animated family film based on the graphic novel “Monster on the Hill” by Rob Harrell, reads as follows:

“In a world where monster wrestling is a global sport and monsters are superstar athletes, ‘Rumble’s’ teenage Winnie (voiced by Viswanathan) seeks to follow in her father’s footsteps by coaching a loveable underdog monster into a champion.”

“We are thrilled to build on our recent success with family-friendly films and bring ‘Rumble’s’ entertaining and inspiring underdog story to Paramount+ this holiday season,” said Tanya Giles, Chief Programming Officer of ViacomCBS Streaming, in a press release issued on Friday.

Check out the official trailer for WWE’s “Rumble” ahead of the 12/15 premiere on Paramount+ via the video embedded below.