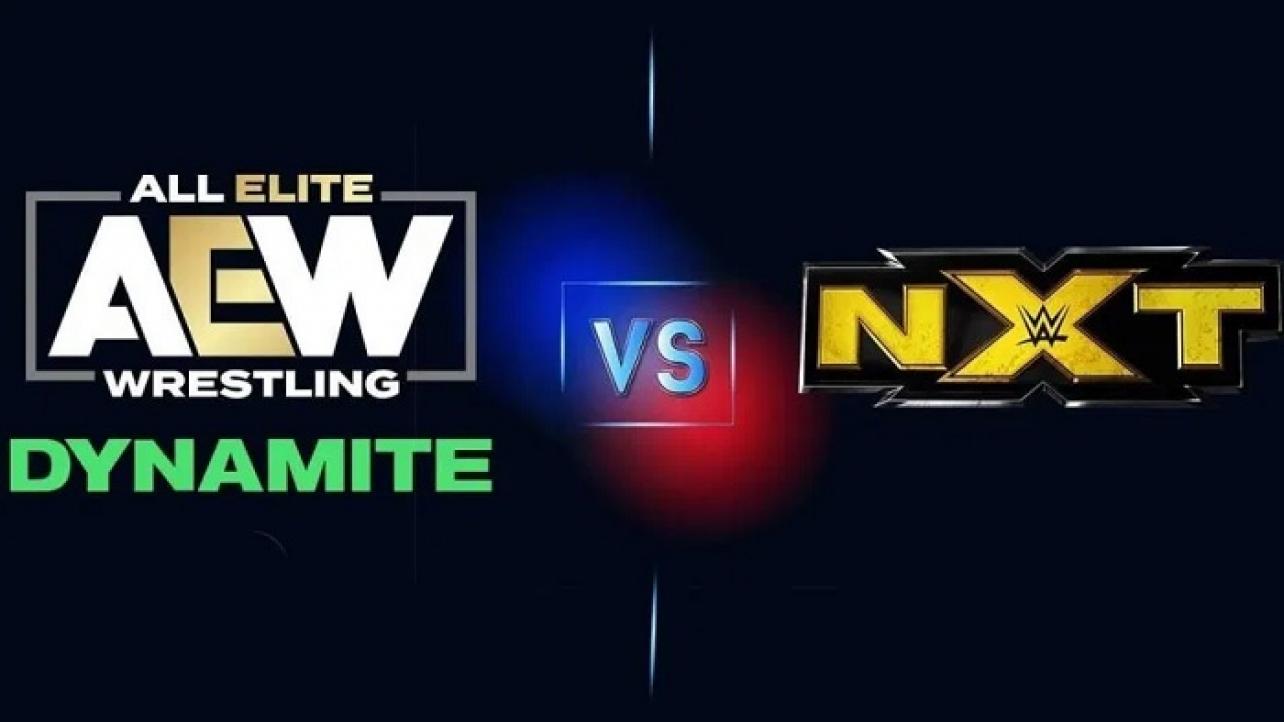 For the second week in a row, AEW Dynamite has defeated WWE’s NXT On USA in the cable television ratings / viewership.

The numbers are in for week two of the Wednesday Night Wars, as WWE and AEW received their report cards for this week in the form of the ratings and viewership for NXT On USA and AEW Dynamite on TNT from Wednesday, October 9th.

Once again, AEW’s Dynamite outdueled WWE’s NXT, being watched by 1.018 million to 0.790 million for the WWE show.

The numbers – especially for AEW – are down significantly from the week before when the show debuted with approximately 1.4 million viewers.

AEW on the TruTV simulcast – due to the MLB baseball playoffs – drew 122,000 viewers.

Competition was strong in the form of baseball with the Nationals/Dodgers game hitting 5.856 million viewers.

We will keep you posted right here at eWrestling.com as more information regarding viewership, ratings and other news and rumors surface related to AEW Dynamite and WWE’s NXT On USA!