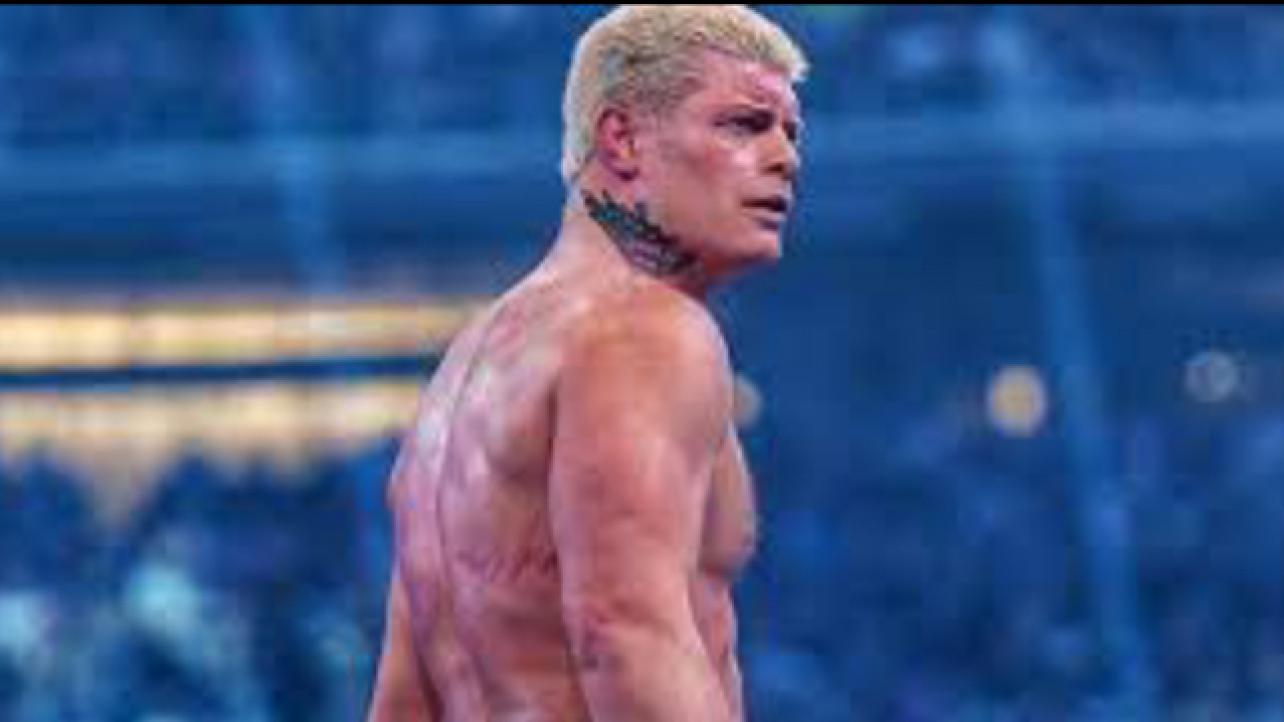 The opening segment of last night’s post-WWE WrestleMania 38 episode of WWE Monday Night RAW saw Cody Rhodes address the WWE Universe, when he first explained why it was an easy decision to return to the company. Cody also said he was back to finally bring the WWE Championship to the Rhodes Family.

Shortly after last night’s episode of Monday Night RAW came to a close, the dark main event match saw Cody Rhodes face Kevin Owens in Singles action. The match only lasted for about six minutes, with The American Nightmare getting the win after hitting Owens with the Cross Rhodes. Fans in attendance said that Owens even taunted Rhodes at one point during the match with the Young Bucks’ pose.

WWE legend Dwayne “The Rock” Johnson’s mother, Ata Johnson, was in the front row during the match and would assist Cody, when she held Owens while Cody was hitting chops to the chest of Owens followed by a Bionic Elbow. After the match, Cody grabbed the mic and said goodnight to the fans in attendance at the American Airlines Center in Dallas, Texas to send them home happy.

KO with the Young Bucks pose over Cody pic.twitter.com/Oat0tIgZoA

Cody won over Kevin Owens in a 6 min match. Stand by for the video. #WWERAW #WWE pic.twitter.com/ci8fRCe4ly