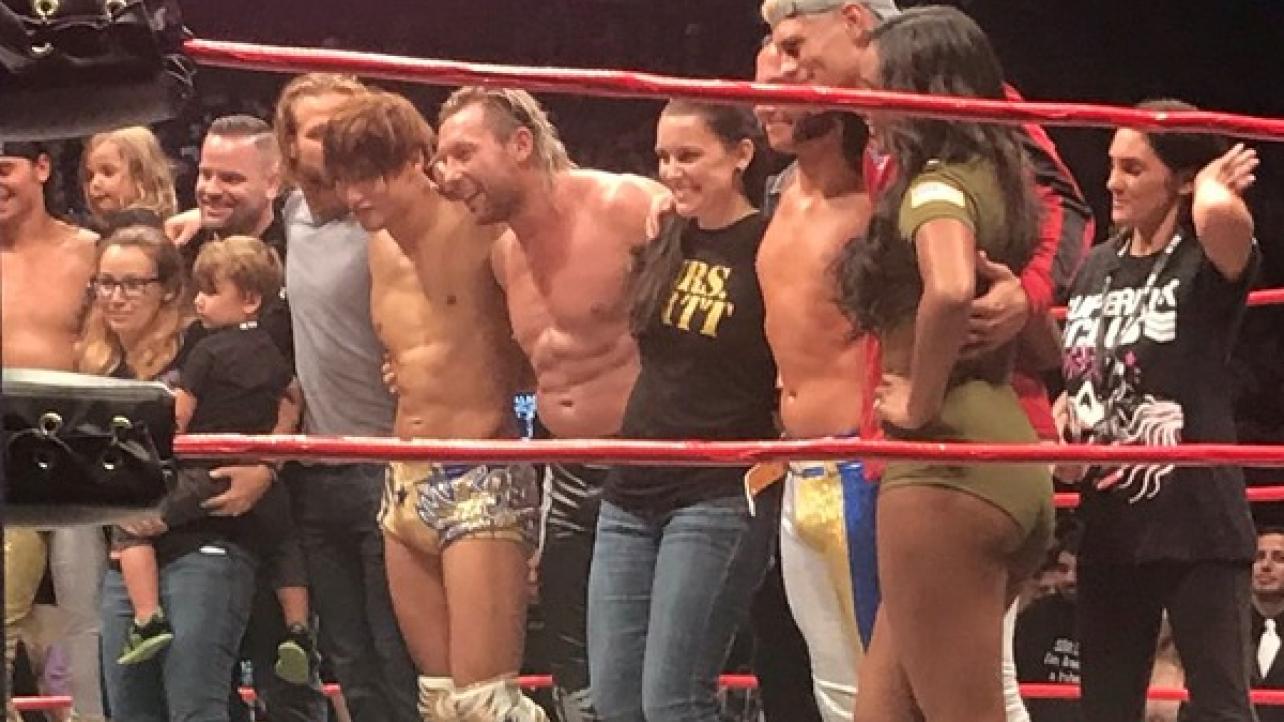 What You Didn’t See At ALL IN: Omega’s Post-PPV Promo, More (Video & Photos)

As noted, Cody Rhodes and other top stars spoke to the crowd after ALL IN went off the air on Saturday night.

Cody was joined by his wife, Brandi Rhodes, as well as other top stars and key figures involved in putting the show together, such as Kenny Omega, The Young Bucks (Nick & Matt Jackson) and several others.

In addition to Cody teasing a potential ALL IN 2 event following the success and quality of their debut efforts this weekend, Omega got on the microphone and explained why Saturday night “blew everything out of the water” that he has done previously in his career in an impromptu post-show in-ring promo (see video below).

“I don’t at all feel at like an egomaniac when I say, my God, that was probably the greatest pro wrestling show I’ve even been apart of,” Omega said after the pay-per-view broadcast in the ring inside the Sears Centre Arena in Hoffman Estates, Illinois last night. “You guys know where I come from, you guys know where some people want me to go. But guess freaking what? What we did today blew everything out of the water.”

Check out a video of Omega’s post-show promo, as well as photos and comments from Cody and The Young Bucks following ALL IN below. For complete ALL IN results from Saturday night, click here.

#ALLIN @KennyOmegamanX delivering the closing words after the show had ended pic.twitter.com/MKtZFk7OLk

Thank you all for going #ALLIN with us. pic.twitter.com/MjKWMuEN3O

Thank you. Thank you so much. So proud. I hope you enjoyed the show. #ALLIN

What You Didn’t See At ALL IN: Omega’s Post-PPV Promo, More (Video & Photos)