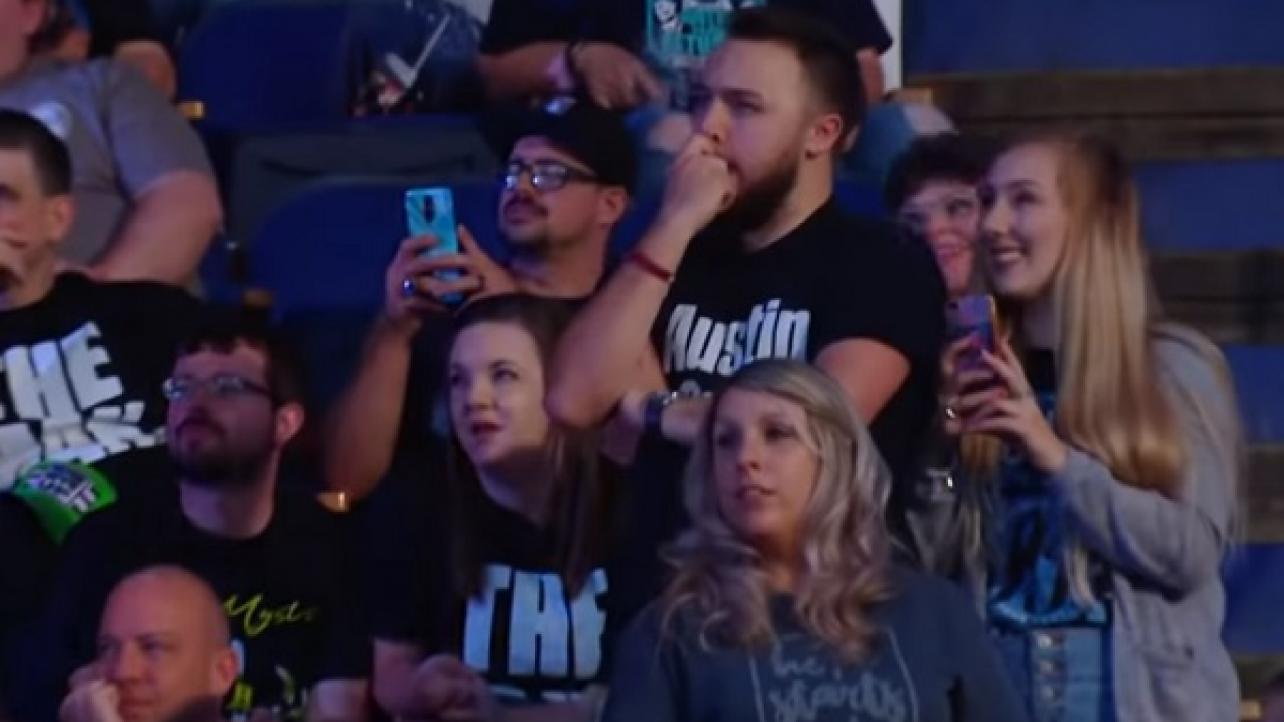 What You Didn’t See On RAW, Segment During Commercial (Video), Rey Mysterio’s Son

– Rey Mysterio’s son Dominic Gutiérrez made his WWE television return at Monday night’s RAW. The son of the WWE legend appeared in a backstage segment and on stage with his father after Mysterio’s non-title victory against WWE United States Champion Samoa Joe. Check out photos below.

– During a commercial break on Monday night’s RAW, WWE broadcast team member Sarah Schreiber brought out birthday-boy Titus O’Neil and led the WWE Universe in attendance at the Rupp Arena in Lexington, Kentucky in singing “Happy Birthday” to the 42-year-old WWE Superstar. Check out the video below.

– After Monday night’s RAW went off the air on the USA Network, the action continued inside Rupp Arena. In a post-show dark match main event segment, The Revival (Scott Dawson and Dash Wilder) tried to attack WWE Universal Champion Seth Rollins. “The Architect” ended up fighting off the two and delivering a double “Stomp” to both of them. Rollins then posed for the fans in Lexington one more time to send them home happy.

What You Didn’t See On RAW, Segment During Commercial (Video), Rey Mysterio’s Son