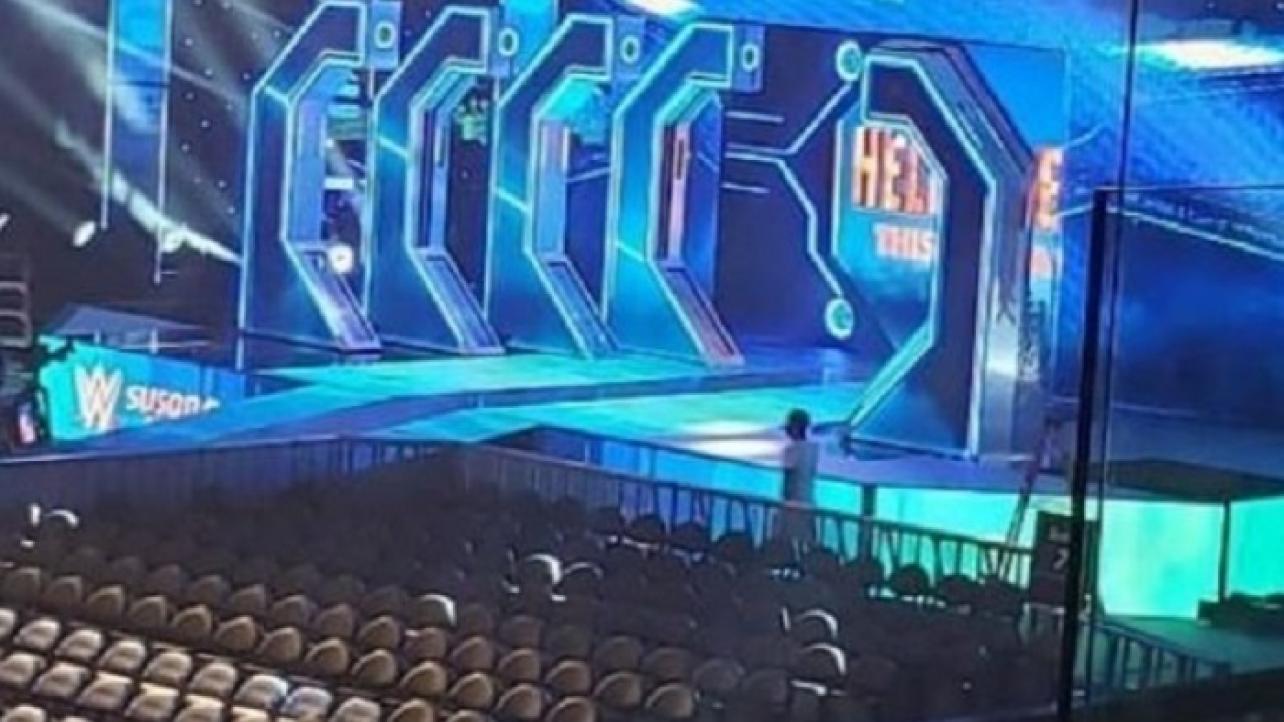 At the WWE event at STAPLES Center in Los Angeles, California on Friday night, which included the Friday Night SmackDown on FOX launch with their SmackDown 20th Anniversary show, a dark match was held for the fans in attendance.

The match that took place off-air at the show on Friday night saw Ali go one-on-one with Buddy Murphy in an excellent little match that the crowd in L.A. seemed to get into.

When all was said-and-done, Ali got his hand raised, picking up the “W” via pin fall after hitting Murphy with his 450 Splash off of the top-rope.

In terms of notes from inside the arena, our exclusive eWrestling.com correspondent at STAPLES Center last night noted that pretty much every seat was full when the show got going.

There was no 205 Live or dark match / segment after the Friday Night SmackDown on FOX show ended.