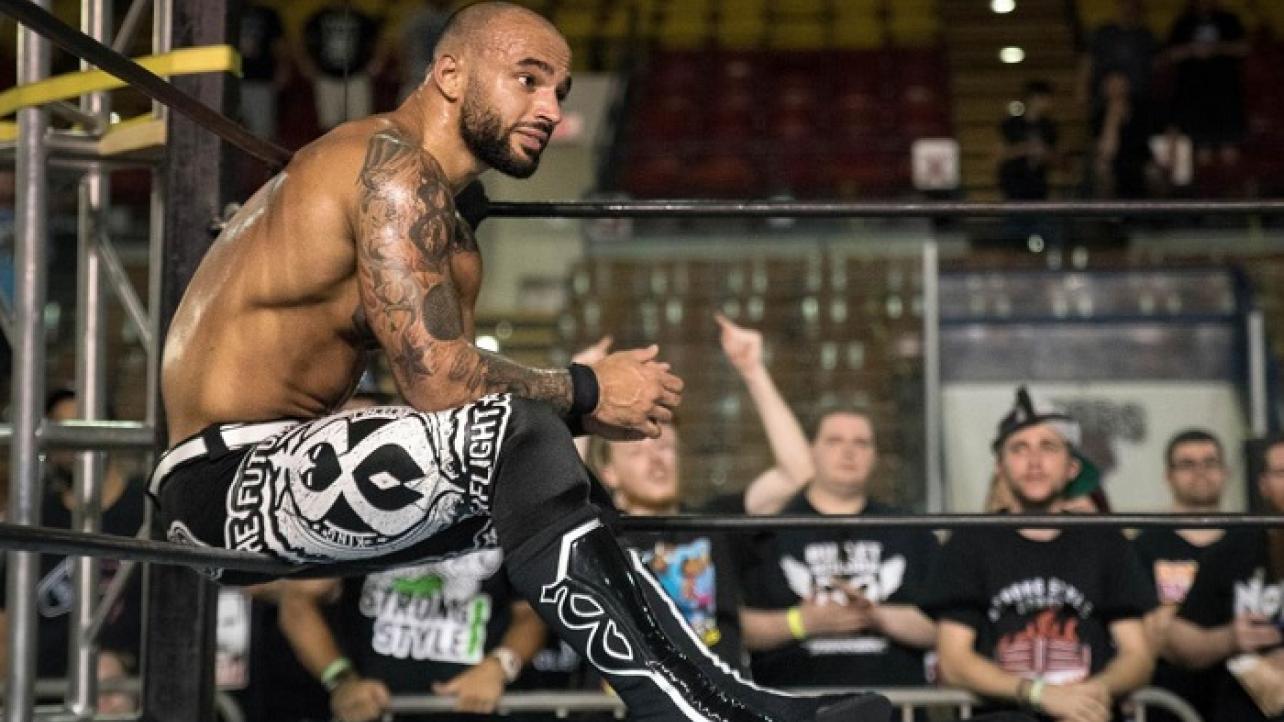 Will Ospreay Convinces Ricochet To Change Up His Ring Attire For New WWE Look?

Following a unique back-and-forth on social media with another top in-ring worker in the pro wrestling business, “WWE’s Resident Superhero” has decided to undergo a bit of a makeover.

Former NXT North American Champion and former WWE United States Champion Ricochet recently chatted with the IWGP Junior Heavyweight Champion of New Japan Pro Wrestling (NJPW), Will Ospreay, and came to the conclusion that he may change his look a bit.

When talking with Ospreay on his official Twitter page on Saturday evening, Ricochet teased switching up his WWE ring attire.

“I think you’re wearing too much clothes and think you are doing a disservice to all fans hiding your legs,” Ospreay sarcastically wrote to Ricochet. “Just saying man.”

Check out Ricochet and Will Ospreay’s Twitter exchange below.

Will Ospreay Convinces Ricochet To Change Up His Ring Attire For New WWE Look?