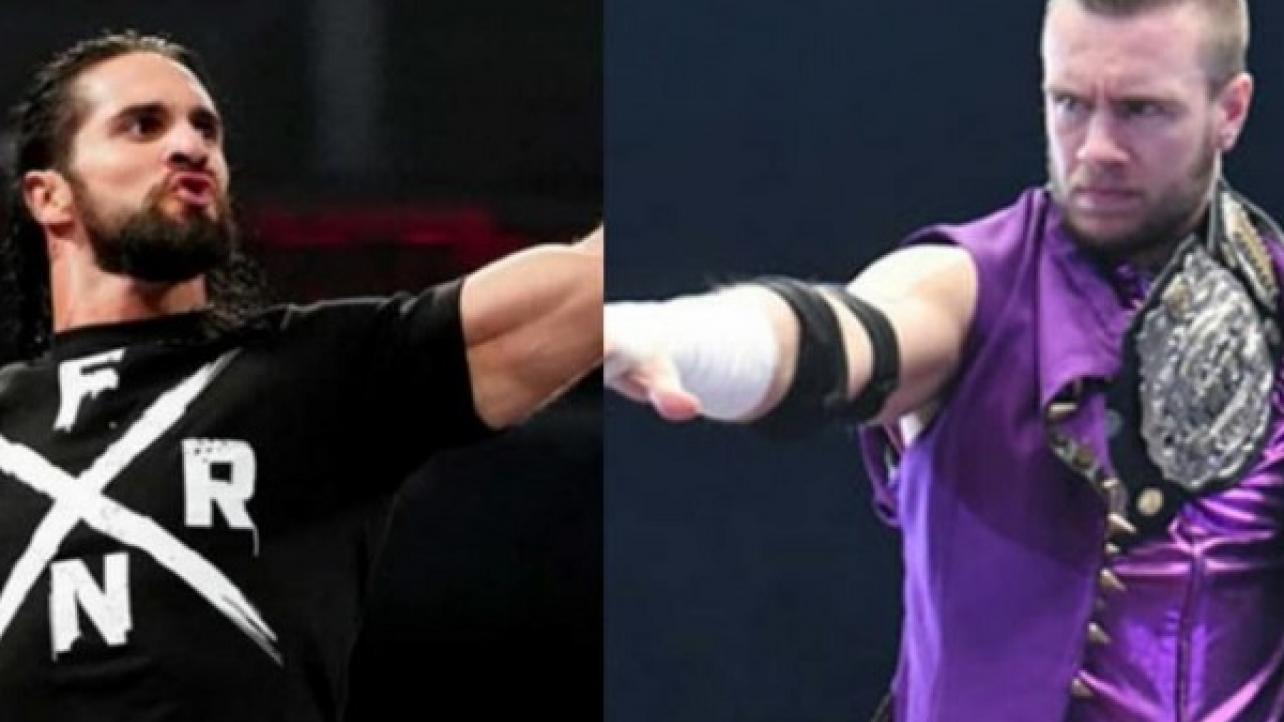 IWGP Junior Heavyweight champion Will Ospreay was a guest on last night’s Wrestling Observer Radio where the 26-year old British sensation discussed his position on the New Japan Roster, as well as his recent Twitter feud with WWE Universal champion Seth Rollins.

Ospreay expresses that wrestling in NJPW is his dream, and he’s willing to carry the responsibility of being called the “best in the world” but isn’t shy of naming off a few superstars who he thinks are the top of the crop, including Kazuchika Okada, Kenny Omega, and AJ Styles.

Featured below are some highlights from the interview.

“I don’t care about being the best in the world, I just care about doing the best of my abilities. If you ask me my genuine opinion who the best wrestler in the world is I generally think it’s just a toss up between Okada and AJ Styles. I mean to be fair you can put Kenny [Omega] in there as well because I think Kenny’s on just another level, but for me just the consistency with Okada and there’s just different aspects to it for and that’s the thing like you said, there is a list of guys that you probably call “The Best In The World.” There’s way too many guys, but I’m not fast on being best in the world, I’m just doing the best of my abilities. I just want to give my best…and forgive me for bringing this up Dave, the moment I get in my head like star ratings are the only thing that matters to me or anything on those lines, that’s when you’ll get into my head that maybe I’m pushing my body too far, I just want to the best that I physically can every night. Like I don’t want to push myself I just want to do the absolute best that I can physically do.

“I’ve got a lot of attention on me. Right now I think a lot of people are looking my way and using that term, “Best In The World” I do want to give those guys a showing to perform at the very best of my abilities, but I just want to wrestle and prove that I do belong up there with that list of guys. With me, New Japan Pro-Wrestling is everything I’ve ever wanted and this is my dream and now I’ve been giving the opportunity apply my trade. I feel that everyone’s trying to say that I’m filling in Kenny’s shoes why he’s away, but I’m just like I’m creating my own shoes. I generally just want to give back to a company that’s given me everything.”

Ospreay would then shift to talk about his battle with insecurities, and how he keeps his mental health in check.

“I am that type of person that wears my heart on my sleeve and I show people the real me every now and again. I wouldn’t lie to anybody, like I’ve been really really struggling with my mental health recently and it’s just, with all the stress of everybody leaving and the company’s relying on me to really step up and the things at home were going really wrong and moving here was just becoming one of the only options that I really had, but then I had to have a break and think about it, I was like ‘No, I want to move here, because I can help the company and I can give more’ and this does like help everything out, from the personal standpoint. It’s just like, this is where I’m happy. Japan is my happiness.

“I do have huge insecurity issues, I don’t really like me as a person, I always make mistakes and I always feel like I am a little bit of a failure, but when it comes to wrestling this is when I’m happy and I can forget about all my problems and I’m in like a meditation where nothing else matters except for these minutes that I’m in the ring and that’s where I feel happy and the thing is that I thought about it for a second and I was like, ‘Oh I’m going through all this, but somebody else is probably going through all this as well.’ So if I can show them that I’m dragging my ass out there every single night, lacing up my boots, going in there, performing as hard as I can, then hopefully someone is going to see that and it motivates them to do something else. I want to motivate people and I want them to just realize that there is a battle inside your head that 100% in life, there is a war that is worse than any Super Junior or G1 Climax that goes in my head, that like if I can drag myself out of bed and do the minor steps to get myself healthy again, then 100% I’m going to do it and I hope that someone else sees this and inspires this so then that way they are going to take a chance on themselves. That they’re going to gamble. It’s a real thing.”

“I don’t think there is anything malicious behind it at all. So the question he asks is ‘Find me someone alive that has the type of schedule I do and that can do what I can do’ all I just said was ‘I’m alive.’ I am very much alive. And the thing that makes me laugh more about it is he brought in Ricochet to try to tear me down. Dude you don’t have to do it you can be like ‘oh maybe we can have a match one day but…I think the thing is…Maybe it just gets under his skin that like my championship…my Junior championship means more than his Universal championship….who knows?”

Check out the complete Will Ospreay interview today by subscribing at F4WOnline.com.