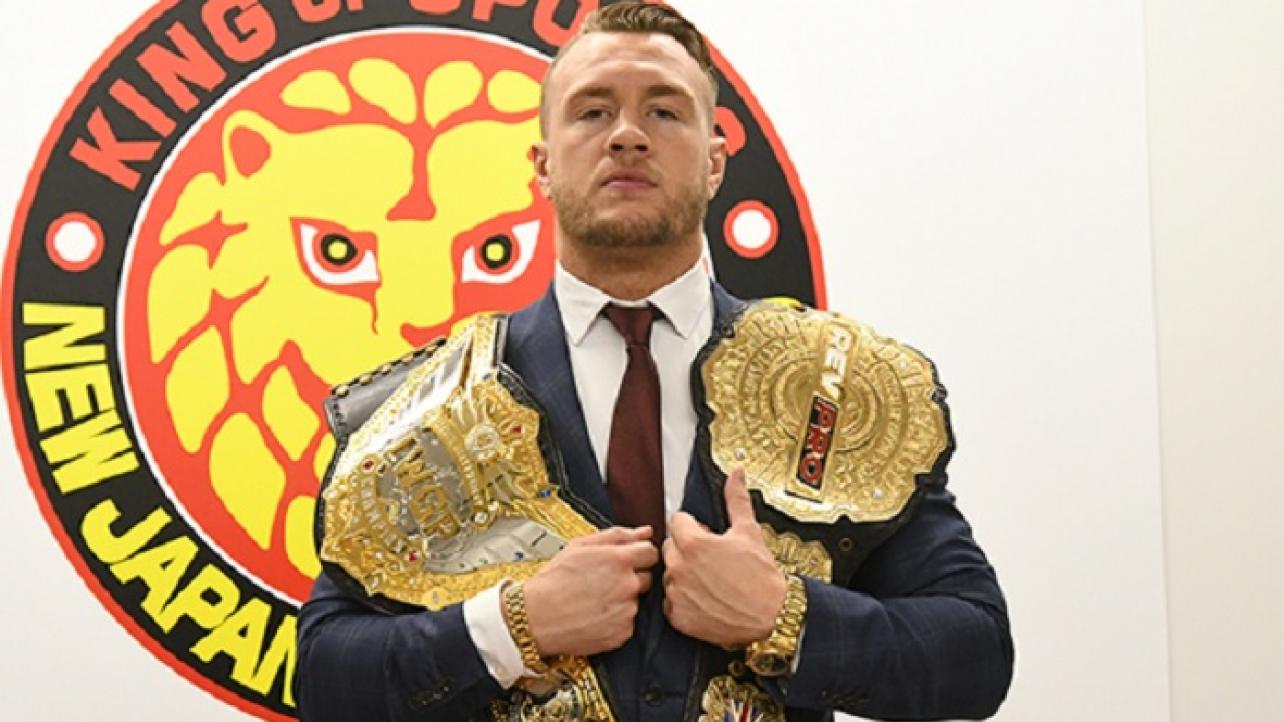 Will Ospreay Talks About Learning From Ricochet, Feeling Deflated When NXT UK Started

Will Ospreay recently spoke with Booker T for an in-depth interview covering all things pro wrestling.

During his discussion with the two-time WWE Hall of Fame legend, the NJPW star and former IWGP Heavyweight Champion spoke about feeling deflated when NXT UK launched, learning from Ricochet and more.

On feeling deflated when NXT UK started: “Sometimes I feel like there will be points in your life where like wrestling isn’t going your way. I can remember when NXT UK became a thing and I felt like I was on such a hot ride with New Japan. I was the British guy representing my country, but because NXT UK started to become a thing, everyone kind of forgot about me and I felt so deflated and depressed about it but instead of being depressed about it, I kind of looked at the world and who needs help right now and I went to Australia and I went to New Zealand. I had a little holiday but there was some independents that I could work for and I met guys like Robbie Eagles and Adam Brooks and Gino Gambino, Marcus Kool, Shane Strickland and so many international names down under.”

On crediting Ricochet as an innovator of his style, thanking the current WWE star for being patient with him during the early days: “Ricochet, honestly dude, so I looked up to him a lot. Like as a kid, I looked at him do these crazy double moves that was in IWA [Mid-South] and he was the first-ever foreigner outside of England that I ever wrestled, so when I went up to him, I was like, ‘Hey, I know nothing but I can do everything. I’m here to learn from you today’ and I guess he kind of like, ‘Oh, bless him. He just wants to learn’ because, ‘I want to learn your style because you’re how I wrestle but I can’t do it right. I can’t do it like you.’ So he would teach me so much working with him and then we’d work in England, America, couple more in England, couple more in America and then it just culminated to Japan where we just kind of did our things there and then we kind of just took it everywhere. We did Ireland, we did so many times in England I’ve lost track but, the thing that always makes me — I just want to put that over to people is that he was so patient and he was so willing to give and he was such a nice guy and every time that I thought, ‘Ah, I don’t want to suggest this because I feel like it’s a dumb idea,’ I would suggest it and he would say, ‘Now this is how we’re gonna make it work and this is how we’re gonna make it look good’ so, he was such a big help for the start of my career and I can’t tell you enough, he’s such a gentleman, he’s such a lovely dude. He’s met my mom and dad so many times, he remembers their names. He’s honestly — he’s a star and every time I’ve gotten in the ring with him, I learn more and more every single day. Everyone these days goes, ‘Will, you’re one of the best high fliers.’ Like no, I’m not. I’m nowhere near, mate. Ricochet’s the guy that taught me so I got to give him all the credit under the sun when it comes to the high flying-hybrid style.”

Will Ospreay Talks About Learning From Ricochet, Feeling Deflated When NXT UK Started