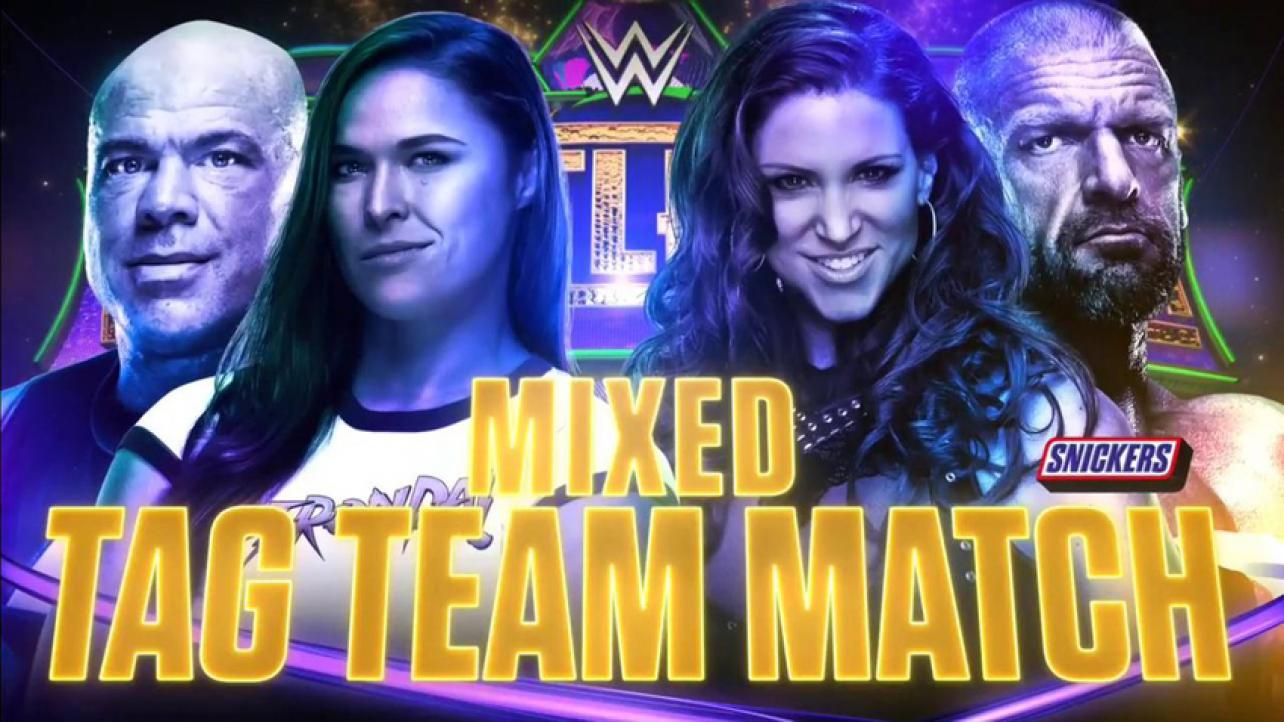 – As noted, WWE has confirmed “Rowdy” Ronda Rousey and Kurt Angle vs. Stephanie McMahon and Triple H in mixed tag-team action for this year’s WrestleMania 34 pay-per-view. Featured below is the official video package hyping the match, which takes place on Sunday, April 8th from the Mercedes-Benz Superdome in New Orleans, Louisiana.

– With John Cena set to host the Nickelodeon Kids Choice Awards for the second consecutive year this year, The New Day recently took some time to film an audition tape in hopes of being the hosts of next year’s show. Check out their audition tape below.