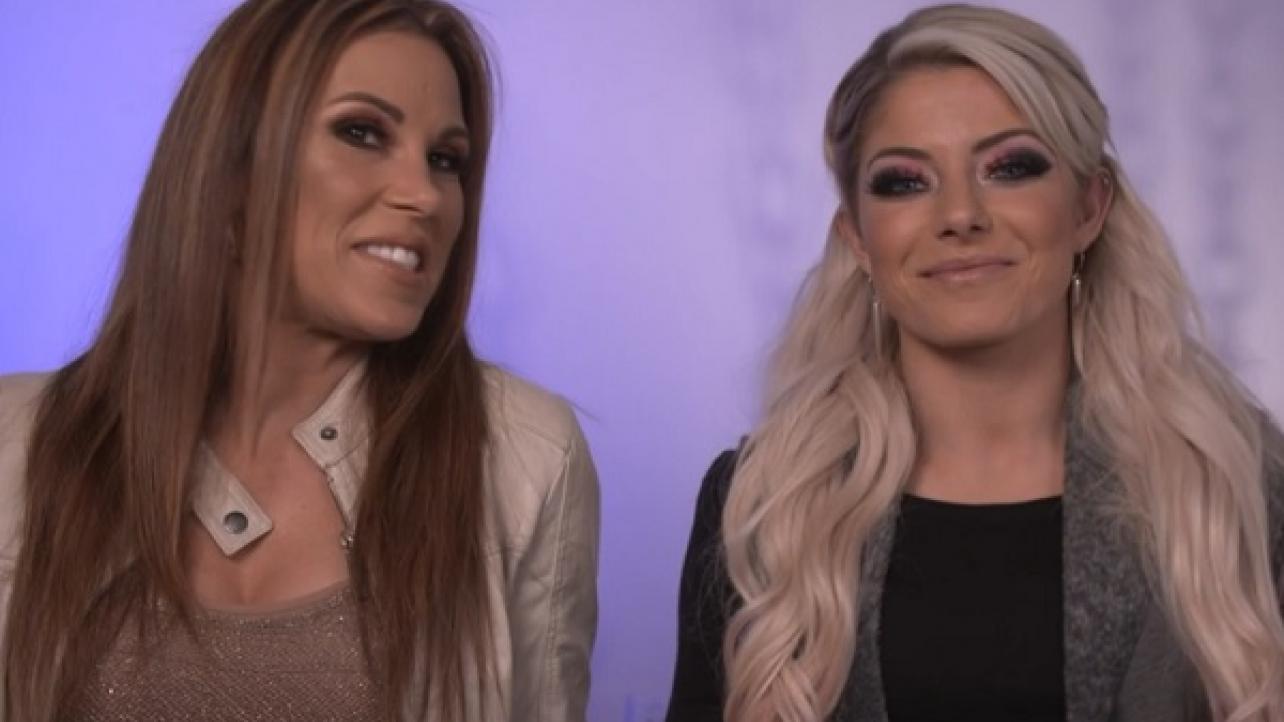 – On the official WWE website, Alexa Bliss and Mickie James are featured in a special video looking back at the first-ever Women’s Elimination Chamber Match. Check out the video by visiting WWE.com.

– At the New York Toy Fair 2019 event this weekend, Mattel will be showing off their new series of WWE Superstar action figures. WWE posted the following tweet to promote the new release, as well as an article on their official website at WWE.com.

Check out what @Mattel is showing off this weekend at #ToyFair2019! #TFNYhttps://t.co/3aye4UYgmG

– As noted, WWE released a special tribute photo gallery to “The Heartbreak Kid” Shawn Michaels on Valentine’s Day. For those who missed it, click here to watch a behind-the-scenes video of the photo shoot, which includes Shinsuke Nakamura, The New Day, Mandy Rose, Sonya Deville, Peyton Royce and others. On Twitter, the WWE Hall Of Famer reacted to the new photo shoot in a response he sent to Peyton Royce. Check that out below.