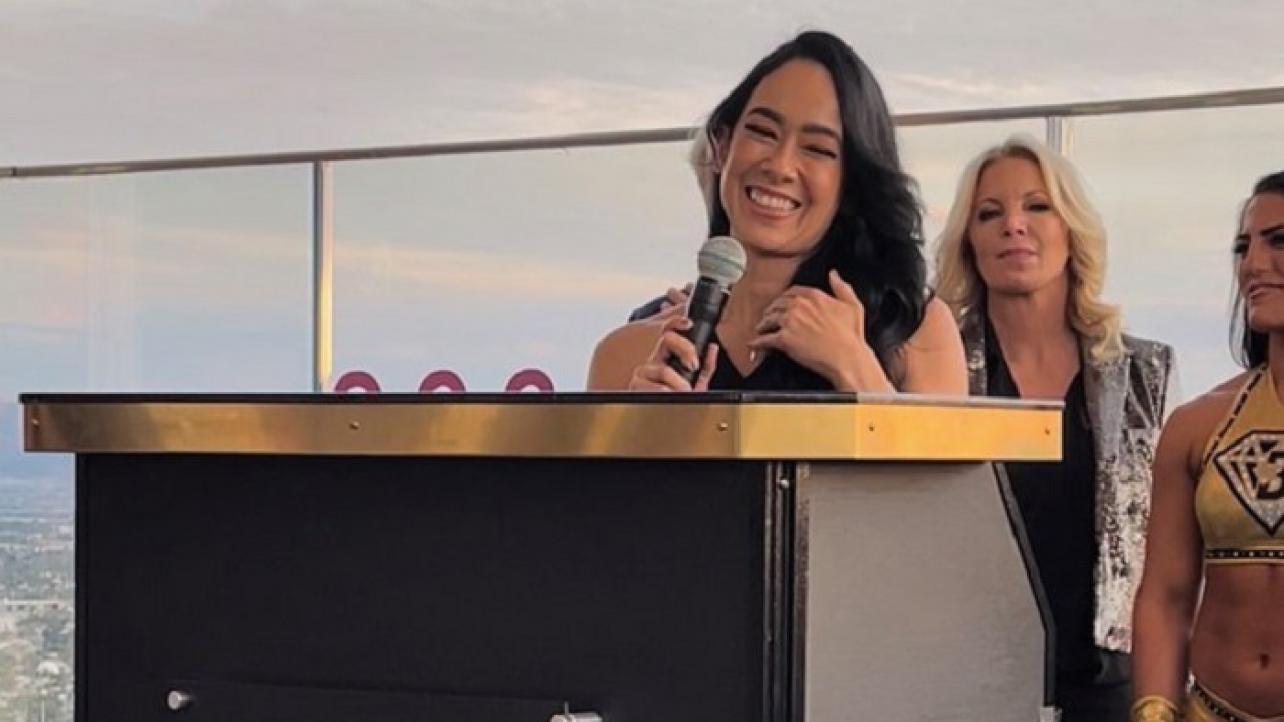 Didn’t see that one coming!

AJ Mendez is back!

As noted, WOW — Women of Wrestling — have announced a relaunch on CBS affiliate stations.

As part of their comeback, several of the new faces on the WOW roster was announced, as was the addition of AJ Mendez to the promotion.

Check out video recaps of AJ Mendez announcing her participation in WOW via the tweets embedded below.

AJ Mendez is WOW Wrestling! Welcome to the team! pic.twitter.com/DRF2LGja6u

We speak for everyone… we are all HAPPY that AJ Mendez is back! pic.twitter.com/bhGLh6VvPj

“But my goal after wrestling, was to create those characters for the next generation. So every little girl could see themselves on TV and know that nothing was impossible.”

We’re not crying… you are, from the words that AJ Mendez spoke at the press conference! pic.twitter.com/l1NFZpRJMl

We know you guys needed some more AJ Mendez content for your feed! No need to thank us! pic.twitter.com/OFdmRlO5xj

Out with the old… in with the new generation!