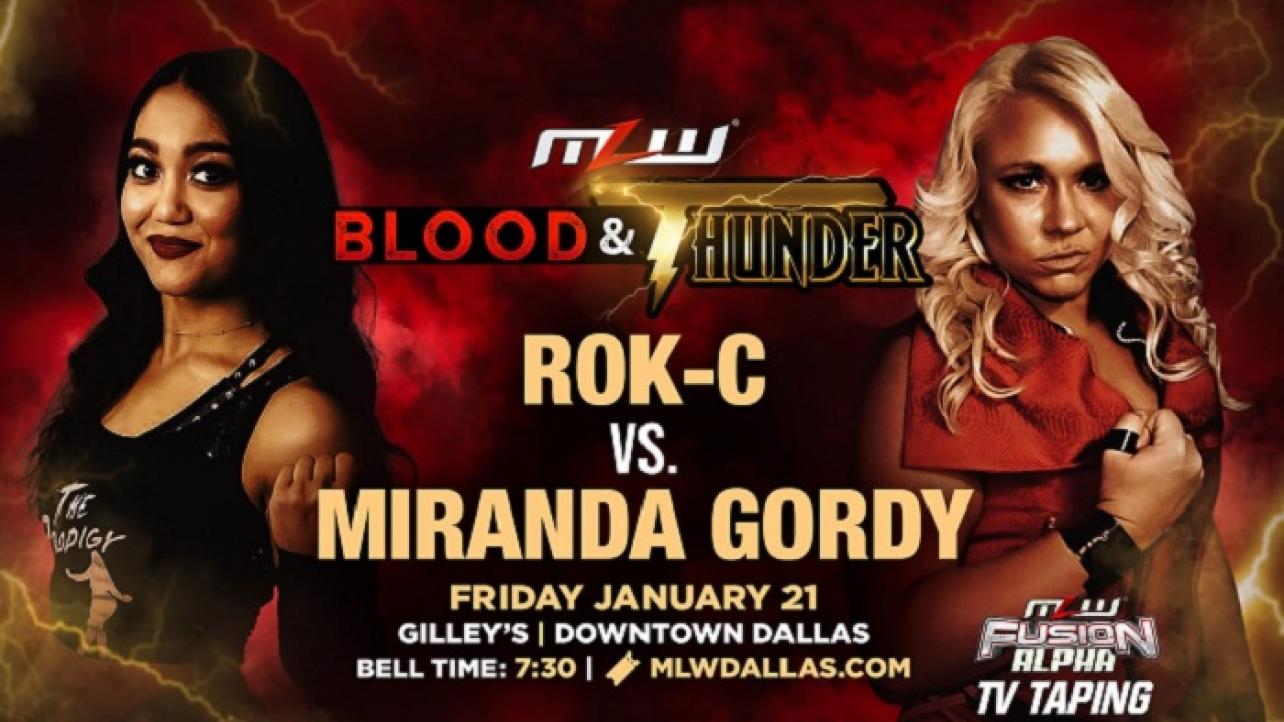 A new match has been announced for the MLW Blood & Thunder event scheduled for next month in Dallas, Texas.

On Wednesday, Major League Wrestling confirmed the addition of Rok-C vs. Miranda Gordy in a featherweight women’s bout for their “Blood & Thunder” show at Gilley’s in Dallas, TX. on January 21.

In a battle of Dallas versus Houston, Dallas’ own Miranda Gordy looks to make a big statement in her MLW debut against another emerging player in women’s competition in Houston’s Rok-C.

Featherweights will throw down in the DFW area as Miranda Gordy looks to deploy her signature power brawling as she attempts to stop Rok-C’s meteoric rise in the sport.

Despite being the current ROH Women’s World Champion, Rok-C may find herself an underdog, due to Miranda’s heavy-hitting style and strength. However, never doubt the tenacity and innovation Rok-C brings to her fights.

Will Gordy take Rok-C on a bruising trip to Badstreet USA? Will Rok-C continue her momentum in the sport and score a big win over the second generation female athlete?

Find out January 21 in Dallas as MLW presents Blood & Thunder!

MORE ABOUT THE VENUE
Gilley’s is just a 10-minute walk south of the Convention Center in Dallas, conveniently located at the epicenter of Dallas.
The world-famous venue opened its doors in 1971 and has played host to a who’s who in sports and entertainment, including being featured in movies such as Urban Cowboy. The venue offers modern facilities, parking, and easy accessibility. Gilley’s provides the highest quality service makes the venue a premier event destination.

The venue is located at:

Tickets for the postponed September 11 card will be honored only at MLW’s March 31 card. Get your tickets NOW to see MLW’s new January event.