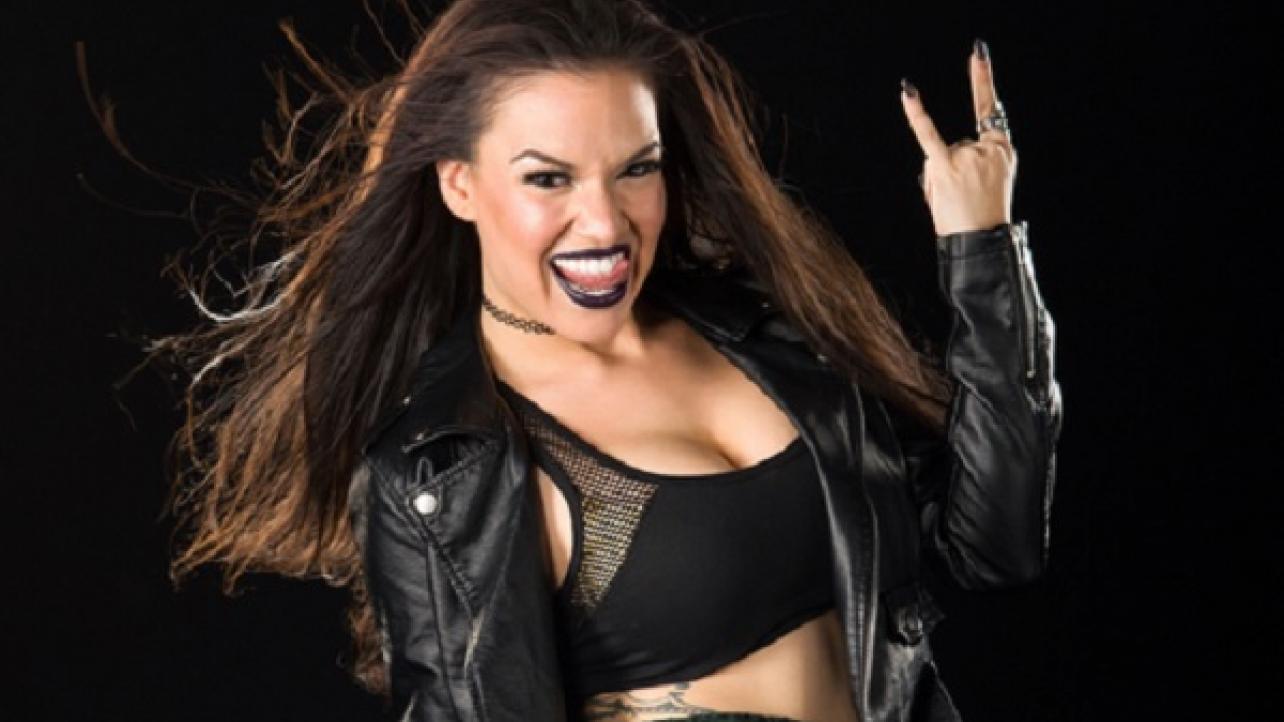 Check out the complete announcement regarding the former NXT Superstar and daughter of WWE Hall Of Famer Eddie Guerrero, below.

Guerrero’s duties will begin on October 10TH at the WOW – Women Of Wrestling live event in Los Angeles, taking over for long-time ring announcer and GLOW (Gorgeous Ladies of Wrestling) creator David McLane, who was the original ring announcer for both GLOW and WOW.

“While attending this past summer’s Lucha Underground tapings, I was standing near the back of the arena and heard a powerful, dynamic voice in the ring,” said McLane. “I had no clue at the time that it was Shaul Guerrero. I just knew whoever it was needed to be the new ring announcer of WOW.”

The eldest daughter of Eddie and Vickie Guerrero, Shaul signed with the WWE in 2010, wrestling under the ring name Raquel Diaz, and made history as the promotion’s longest-running FCW Divas Champion. Since leaving the WWE in 2014, Shaul has been working on the independent pro wrestling scene as a commentator, host and more.

“I’m excited to continue to build my own legacy in the world of wrestling,” said Guerrero. “Working with WOW is a dream come true, and a bit of a twist of fate that David McLane is passing the mic to me—my Uncle Mando trained the GLOW girls back in the ‘80s for David.”

“We are always looking to give our fans the absolute best, both in and out of the ring,” said WOW Owner Jeanie Buss. “Shaul brings her unique voice, extensive knowledge, and rich family history to WOW, and we’re so thrilled to have her on the team.”

The WOW live event tapings are set for October 10th and October 11th, in Downtown Los Angeles at the famed Belasco Theater. AXS TV will record and broadcast all the hard-hitting WOW action beginning in early 2019. Tickets are available at Ticketmaster.

WOW-Women Of Wrestling, the leading women’s professional wrestling organization, is owned by Jeanie Buss in partnership with MGM Television and David McLane. It is the premier organization and content provider for live events and programming featuring women’s professional wrestling. WOW’s empowered women come from all different backgrounds and professions, and are marketed as WOW Superheroes, the main attraction of every WOW presentation. WOW’s current digital ecosystem, also known as “WOW World,” consists of its website, Facebook, Twitter, Instagram and YouTube channel, with broadcast on AXS TV starting in 2019. For more information about the WOW Superheroes, its villains, and its over-the-top characters, visit www.wowe.com and @wowsuperheroes

AXS TV was created in 2012 by entrepreneur Mark Cuban in conjunction with AEG, Ryan Seacrest Media, Creative Artists Agency (CAA), and CBS. Since its founding, the network has established itself as the premier destination for classic rock content, delivering an eclectic programming roster that includes original series such as The Big Interview With Dan Rather, Rock & Roll Road Trip With Sammy Hagar, and Real Money, as well as unprecedented music festival coverage, hard-hitting mixed martial arts events, and a slate of acclaimed documentaries and iconic concerts from some of music’s most influential artists. Since 2013, AXS TV has served as the exclusive North American home of the hit singing competition The X Factor UK, bringing the fan-favorite series stateside for the first time ever. The network is also the U.S. home of the popular New Japan Pro Wrestling and WOW-Women Of Wrestling promotions and Legacy Fighting Alliance (LFA) and CES MMA. AXS TV is currently available nationally in the United States and parts of Canada, Mexico, and the Caribbean. For a list of providers, visit axs.tv/subscribe. For more information, see www.axs.tv. Follow AXS TV on Facebook,Twitter @axstv; Instagram; and YouTube. Press information is available at axstvmediacenter.com.