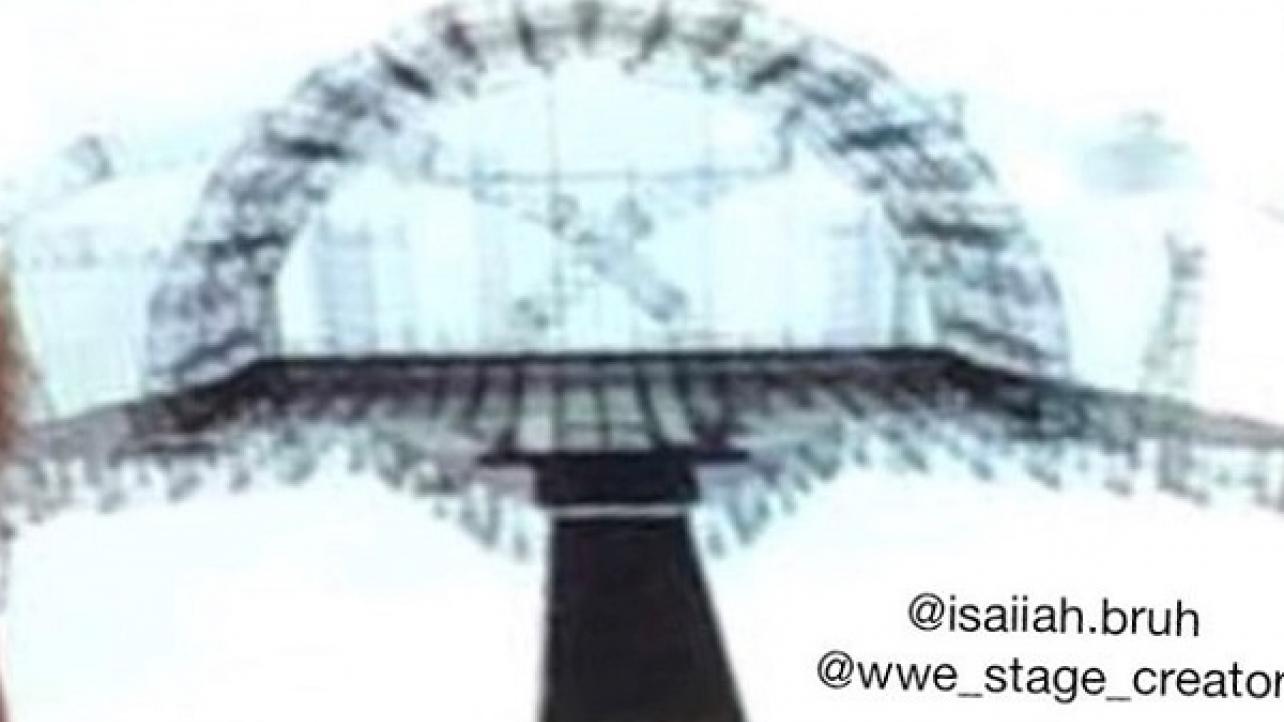 – Following his “firing” on WWE SmackDown Live this week, Kevin Owens has changed his social media handles back to his real name, Kevin Steen, and has changed his Twitter handle to @FightSteenFight. As noted, WWE has also removed both Owens and Zayn’s profiles from their roster section on their official website to sell the storyline as well.

– Featured below is a leaked photo of the stage plans for WrestleMania 34 at the Mercedes-Benz Superdome in New Orleans, Louisiana.