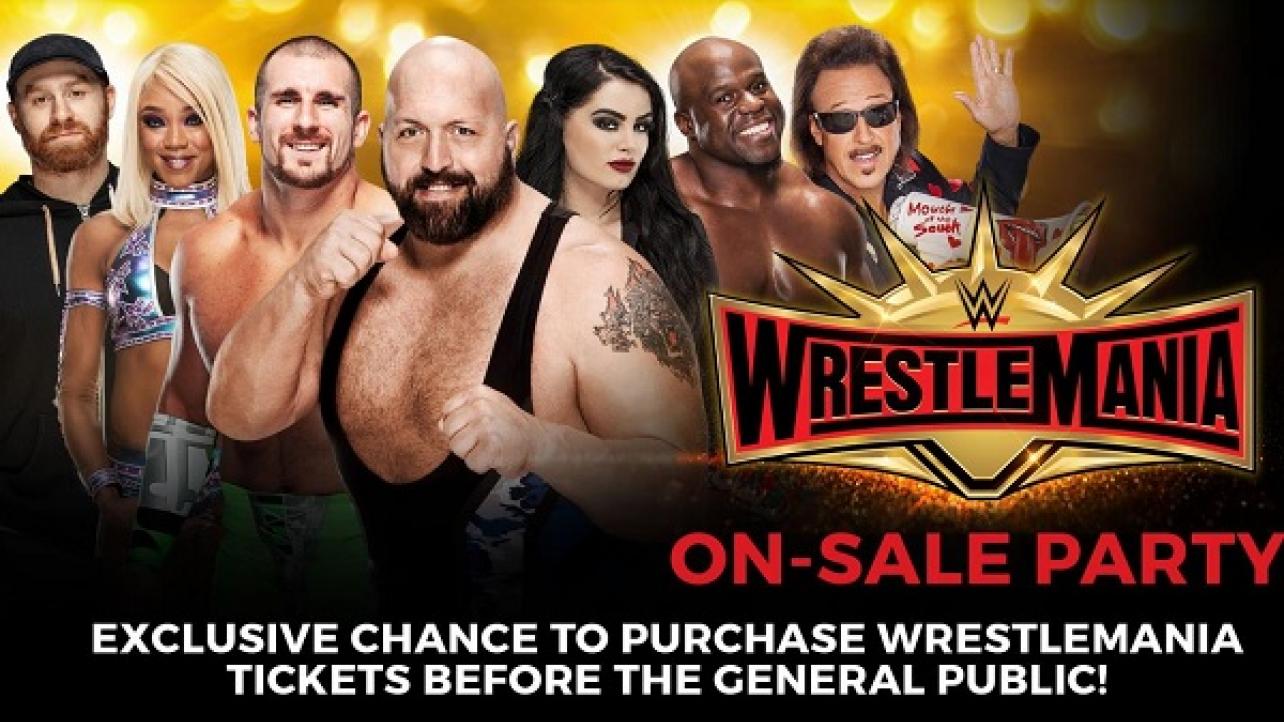 On Thursday, WWE announced the details regarding the WrestleMania 35 On-Sale Party for MetLife Stadium on Thursday, November 15th.

One night before WrestleMania tickets are available to the general public, WWE Universe members in the New York/New Jersey area can score tickets to The Show of Shows at the official WrestleMania On-Sale Party!

WrestleMania 35 tickets will be available for purchase beginning at 5 p.m. Parking is free in Lots G and F. Soft-sided bags and purses up to 12x12x12 inches are permitted for this event.

All guests are encouraged to visit www.WrestleManiaNYNJ.com for more information and to register to attend the WrestleMania On-Sale Party. Registration will allow guests to receive updates on the event, and all registrants will be entered into a raffle for a chance to win a once-in-a-lifetime WWE experience as a guest timekeeper for one of the live matches taking place that evening at the On-Sale Party.

WWE Superstars Mojo Rawley, Apollo Crews, Sami Zayn, Paige, Alicia Fox and WWE Hall of Famer Jimmy Hart will all be signing autographs. Plus, a special appearance by Big Show, as The Road to WrestleMania gets underway in the New York/New Jersey area.

The evening’s live matches will feature Matt Riddle vs. Kassius Ohno in a battle of NXT Superstars, as well as a main event match featuring Curt Hawkins & Zack Ryder vs. The Singh Bros, and Kacy Catanzaro against Rhea Ripley.

Don’t miss your opportunity to get WrestleMania tickets early, meet WWE Superstars, and witness an awesome night of live in-ring action at the WrestleMania On-Sale Party on Thursday, Nov. 15!